Xpat Opinion: Terrorism In Europe – A Clash Of Civilizations? 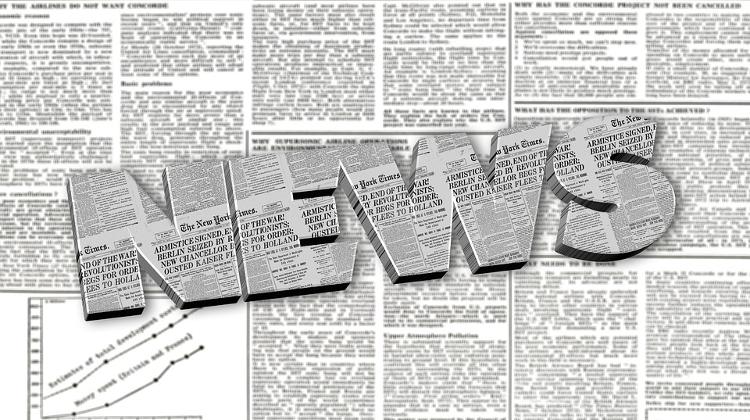 Conservative papers interpret the recent terror attacks as harbingers of a clash of civilizations in Europe. Left-wing commentators, on the other hand, fear that the civilizational war rhetoric is used by authoritarian governments to justify their methods.

“The IS and radical Islam are waging a war against European civilization,” Balázs Böcskei writes in Magyar Nemzet. The left-wing political analyst accuses liberal elites of denying the link between jihadist terrorism and immigration. Böcskei lambasts the Hungarian Left for avoiding what he regards as the established link between Islam and violence in the name of ‘a politically correct multicultural ideology’. Thus, Böcskei fears, they alienate many otherwise left-leaning voters who turn instead to right-wing parties who have no qualms to ride – and even to raise – the tide of anti-immigrant attitudes.

In the same daily, Tamás Pilhál adds that unless Europe breaks with the ideology of multicultural equality, according to which since human being are all equal, all have the right to settle in Europe, European citizens will have to live in constant fear of jihadist terrorism.

Even a handful of crackpots can unleash an ethnic or religious war, Bálint Ablonczy cautions in Heti Válasz. The conservative columnist notes that although there are few people in contemporary Europe who are willing to participate in violent action, civil war may still break out. If self-appointed defence groups decide to take revenge on Muslims, this may easily lead to the escalation of self-perpetuating violence in Europe, Ablonczy remarks.

The longer Europe hesitates to stop uncontrolled mass migration, the more likely the escalation of violent conflict becomes, Gábor Dezső Kürti predicts on Mandiner. Kürti thinks that the current migration wave is an indication of broader, large scale shifts in global demography. As Europe is unable to give shelter and the prospect of a better life for all people from underdeveloped countries, leaving the gates open will only create ever growing problems. One may not like it, but only violent measures will stop mass migration, and building fences around Europe may well be one of the least harsh possibilities, Kürti claims.

In Magyar Hírlap, László Bogár fears that Europe has lost its capacity for self-defence and has become too weak to be even worthy of the title of a ‘civilization’. The conservative economist, who often writes about the ‘hidden forces’ which ‘manipulate world events from behind the scenes’ interprets the hesitation of European mainstream elites to admit the link between jihadist terrorism and immigration as proof of “European white men’s” inability to resist existential challenges. In Bogár’s view, this lack of self-defence is the result of the consumerist ideology of global elites who, according to Bogár, aim to eradicate European culture by propagating homosexuality and drugs.

In the same daily, Sándor Faggyas contends that the Tuesday murder of the reverend Jacques Hamel in France shows that jihadists target iconic symbols of European Christian culture. Just like the attack on Charlie Hebdo, the murder of the French Catholic priest indicates that Islamist fundamentalists have declared a war on the foundations of European culture, Faggyas believes. He adds that Pope Francis was wrong to claim that there is no religious war between Islamist terror and Christian Europeans. In conclusion, he calls on Europe to arm itself in order to defend the life and culture of Europeans.

Writing in Magyar Nemzet, Miklós Ugró also criticizes Pope Francis for calling on Christians to offer unconditional help for all migrants. The conservative columnist argues that Jesus never said that we need to be stupid and let ourselves be exploited. Christians have a duty to help those who need asylum, but cannot be expected to support those migrants whose lives are not threatened, but come in the hope of a more prosperous life.

In Népszabadság, Gábor Miklós wonders what Pope Francis meant by claiming that the current war in Europe is a religious one. He suspects that terrorists as well as politicians who try to incite xenophobic hatred in order to gain total power may well be held responsible for the current crisis, rather than religious actors.

Népszava in a series of opinion articles criticizes the view according to which a war of civilizations is unfolding in Europe. Rather than speculating on the religious motivations of the perpetrators, European leaders should ask themselves why the authorities have been unable to defend their citizens from lone wolf terrorists, Róbert Friss proposes. The left-wing columnist thinks that Judeo-Christian culture is much more resilient than the new spate of fear-mongers who proclaim religious war suggest. Friss contends that right-wing politicians speak of a religious war so that they can claim even more power.

In another Népszava OpEd piece, Péter Somfai acknowledges that some of the terrorists are motivated by religious fundamentalism, but he thinks that most of the murderers were mentally deranged individuals who have nothing to do with Islam. Governments should defend their citizens from all kinds of violence rather than singling out jihadists only, Somfai believes.