Xpat Opinion: A Pro-Government Take On The Terror-Verdict 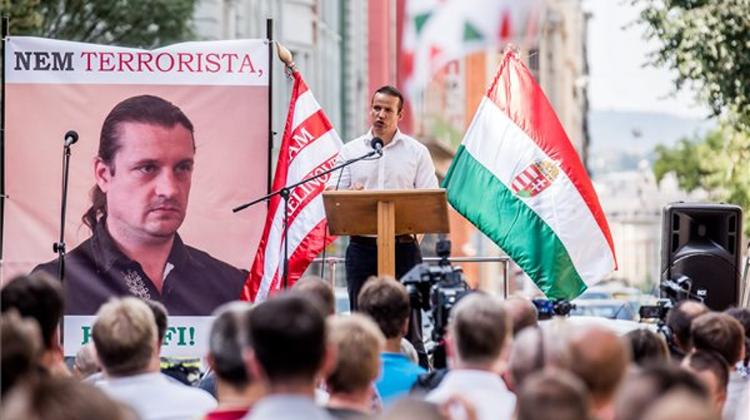 A right-wing lawyer and columnist rejects the idea that György Budaházy, who with his accomplices was found guilty of 18 acts of terror, was the innocent victim of a show trial.

In Magyar Idők, János Somogyi, a lawyer who used to do voluntary work for Hungary’s Helsinki committee but disagreed with the liberal stance of the rest of the staff, is convinced that the court sentenced Budaházy and his associates with abundant evidence in hand.

Without mentioning radical right-wing MEP Krisztina Morvay by name, he condemns Budaházy’s ‘learned supporters’ who accused the court of having condemned an innocent man to 13 years in jail. Under the Hungarian penal code, launching Molotov cocktails into gay bars and using firearms and explosives in an attempt to influence the votes to be cast by Members of Parliament, are clearly considered acts of terrorism, for which prison terms from 10 to 20 years are foreseen, he remarks.

He rejects arguments put forward by supporters of the right-wing who believe that the defendants should be set free because their acts were aimed against the previous social liberal government which they despise. Somogyi asks those critics on what grounds they would condemn liberal activists, whom he calls ‘Soros mercenaries’, if they were to decide to use the same methods against the current government, which they describe as dictatorial.

Budaházy’s supporters, especially the lawyers among them, did him and his accomplices a great disservice by encouraging them, rather than elucidating them about the penal consequences they their acts would entail, Somogyi concludes.