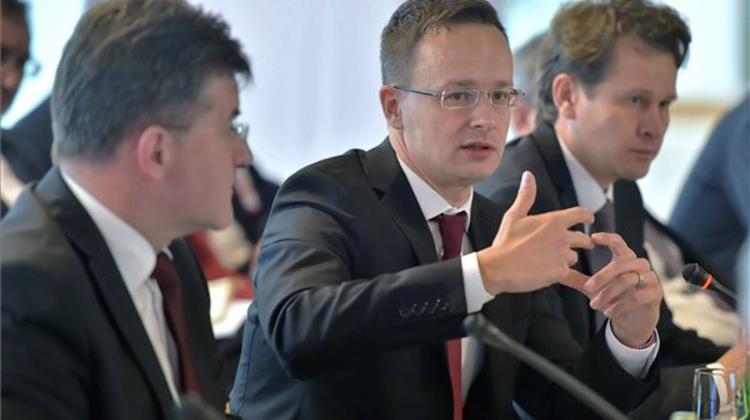 Budapest and Warsaw are in agreement that central Europe can become the engine of European growth, Péter Szijjártó, Hungary’s minister of foreign affairs and trade, said after meeting his Polish counterpart Witold Waszczykowski. He said they had both agreed that Visegrad Group cooperation should be intensified, given changes taking place around the world, such as in US foreign policy and Brexit.

Central Europe offers opportunities as a stable point in the global economy for investments. Central Europe “should be a stable factor, attracting companies looking to invest in a safe and dynamic place in the era of the new, modern, digital economy,” he said, adding that it is in the interest of the whole of central Europe to intensify regional economic cooperation.

On the topic of bilateral ties, Szijjártó noted that Poland is Hungary’s seventh most important trading partner and in the first eight months of the year two-way trade had grown by an annual 7%. By the end of the year, it is expected that bilateral trade will have exceeded 8 billion euros, he added.

The officials agreed on ways that Hungarian businesses such as energy company MOL and pharmaceuticals company Richter can expand on the Polish market. They also shared the view that reforms were needed in the European Union, Szijjártó said.

The Hungarian minister thanked his Polish counterpart for joining Hungary in pursuing a lawsuit at the European Court against migrant quotas. Regarding EU action against Poland, Szijjártó said he had assured Waszczykowski that Hungary would not back any restrictive measures and would “vociferously protest” against any initiative launched against Warsaw.

The ministers signed a number of bilateral agreements. Szijjártó highlighted an accord on the ownership of their respective embassies, drawing to a conclusion a long-standing legal dispute. Further, Hungary’s embassy in Pristina will serve Polish visa issuance in Kosovo.

Hungary supports Poland’s bid to become a non-standing member of the UN Security Council in the 2018- 2019 period, he said. Szijjártó also thanked Waszczykowski for Warsaw’s backing Hungary’s membership of the UN Human Rights Council. Szijjártó was in Warsaw to attend a meeting of foreign ministers of the V4 and western Balkans together with Federica Mogherini, the EU’s foreign envoy.

On the meeting’s agenda was the EU integration of western Balkan countries as well as the issues of migration and energy security. Also discussed was how to handle so-called hybrid threats and organised crime.