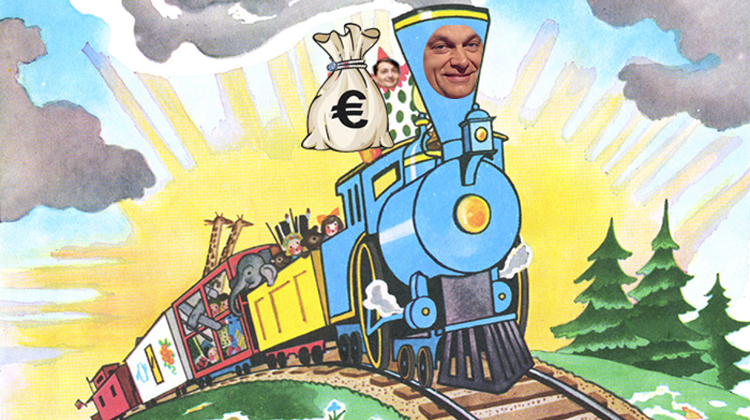 Protests from residents of the village of Etyek in Fejér county have caused the temporary suspension of plans to connect the community to the town of Bicske with a miniature railway line, a pet project of Prime Minister Viktor Orbán, reports Magyar Nemzet. According to the plans, rail would be run on the land and near the homes of Etyek residents, and in some cases train stops would be constructed on private property.

The proposed section has been temporarily suspended from the government agenda due to opposition from the villagers. However, thanks to a letter from Zoltán Tessely (Fidesz-KDNP), Commissioner for the Prime Minister responsible for the development of Etyek, as well as the Szent László and Váli valleys, the residents’ satisfaction with their victory was short-lived.

In the letter, addressed to Etyek mayor Tibor Garaguly, Tessely invites the village to replace the route plans with a new plan, suitable to the government and in accordance with the standards of the preliminary study conducted by the National Infrastructure Development (NIF) Zrt. That is, if the Etyek residents are willing to finance a new preliminary study rerouting the railway further away from their homes, and the plan is suitable to the government, then they are welcome to. Otherwise, the original plans will remain.

The temporary suspension of the Etyek branch of the railway leaves the government’s hands free to build higher-priority sections, namely the Bicske station-Felcsút Pancho Stadium and the Alcsútdoboz Arboretum-Vértesacsa-Lovasberény lines. Lovasberény mayor Miklós Szili told Magyar Nemzet that before plans were announced to include Bicske in the miniature railway network, he had heard similar rumors from the Prime Minister’s Office mentioning his own town’s possible inclusion, but that since then there have been no developments to confirm them.

“No one has informed us about this in any way,” he said of Lovasberény’s apparent inclusion in the scheme.
The 5.7-kilometer miniature railway has cost HUF 850 million (USD 3 million) to date, but plans to extend the network will be far more costly: the Bicske-Etyek line, mentioned above, would cost some HUF 8 billion (USD 28.7 million), and an additional HUF 1 billion to tie that section in with Felcsút.

These costs seem even more preposterous in light of data collected by Specialterv Kft., which show that only about 80 people currently travel between Etyek and Bicske daily, 30 between Etyek and Alcsút, and around 1,500 from Etyek to Budapest. With such minimal numbers of commuters, the feasibility study projected a yearly deficit of HUF 28.6 million (USD 103,000.)

The current line has three stops: two in Prime Minister Viktor Orbán’s hometown of Felcsút, and one in nearby Alcsútdoboz where his parents and other relatives reside. One of the Felcsút stops is adjacent to the Pancho Arena soccer stadium and the Puskás Ferenc Soccer Academy, pet projects of the notoriously soccer-mad prime minister. In the government’s original plans, it projected that 2,560 people would use the narrow-gauge railway each day. As of June this year, however, an average of 30 people a day bought tickets to take the train “from nowhere to nowhere.”