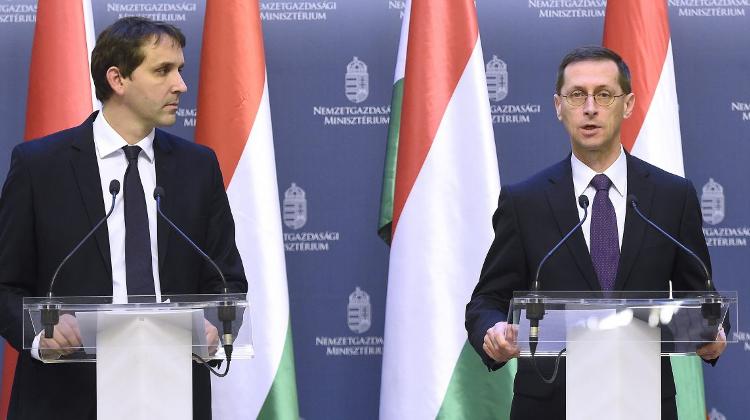 The gross financing requirement for 2017 of the Hungarian state will be 7.844 trillion forints (EUR 25.4bn); of this amount, 1.166 trillion forints will represent new borrowing while 6.678 trillion forints will be needed for credit renewals, Economy Minister Mihály Varga and Government Debt Management Agency (AKK) CEO György Barcza announced at a press conference on Wednesday.

Next year some 1.7 billion euros of international FX bonds will mature, and Hungary will need to pay back a 600 million euro loan while 39 billion forints of domestic FX bonds will reach their maturity.

Out of retail forint bonds 3.695 trillion forints will mature. Varga said that the government plans to issue FX bonds worth 1.2 billion euros but the actual amount may be less or more, pending market opportunities.

The minister said the government had reallocated roughly 600 billion forints from budget reserves this month. A total of 70 billion forints was earmarked for hospitals, while 48 billion was allocated towards year-end benefits for pensioners.

The government reallocated 47 billion forints for the recapitalisation of Eximbank, Varga added. He said the recent reallocations had been made possible by favourable budget figures, adding that the 2016 ESA-conform deficit is expected to be around 2 percent of GDP.

Varga said that thanks to a favourable profit environment, Hungary will be able to finance the repayment of its Russian loan for the upgrade of the Paks nuclear power station from the market.

He said that if it wants, Hungary will be able to take advantage of an opportunity of early repayment.

The minister said Hungary could continue issuing residency bonds until next March, adding that the scheme in its current form would begin to be phased out after Q1.