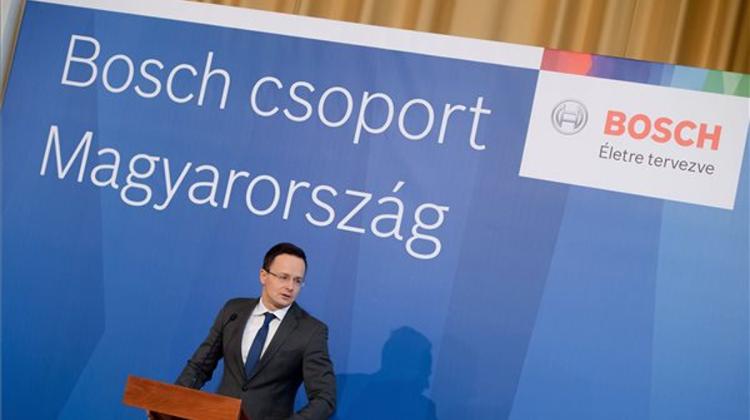 Hungary’s state-owned National Industrial Park Operating and Development Company will build a 17 billion forint (EUR 54.8m) industrial park on the outskirts of Hatvan for Bosch, which will lease 60,000sqm of the area for a period a 16 years, Péter Szijjártó said.

Bosch will also commit to raising the value of its orders from local suppliers by 60 million euros over the next six years as part of the arrangement.

With the establishment of the logistics base in Hatvan, Bosch’s local headcount will rise to 14,700, higher than any other foreign-owned producer in the country, Szijjártó said.