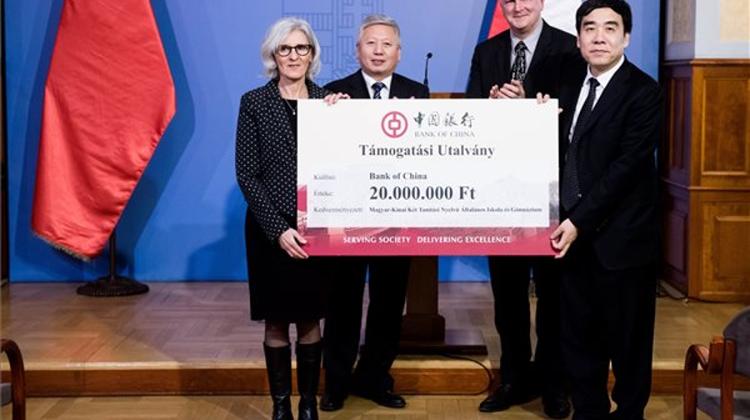 Hungary’s government and Bank of China (BoC) have concluded a strategic cooperation agreement. The document was signed by state secretary of foreign affairs and trade László Szabó and BoC Chairman Tian Guoli in Budapest in the presence of Prime Minister Viktor Orbán.

The Bank of China and China Unionpay will jointly issue a yuan debit card in Hungary, Tian Guoli said. This will be the first yuan bank card in central and eastern Europe, he added.

The cards will be managed in Hungarian forint and Chinese yuan and will be accepted by more than 2,000 points of sale and hundreds of ATMs, Tian Guoli said.