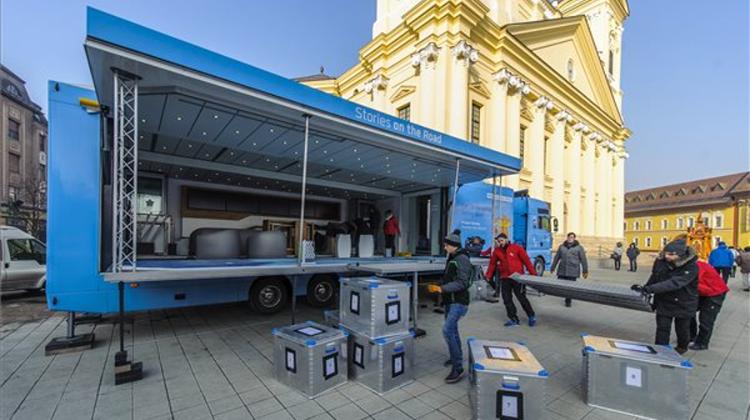 A truck making a roundtrip to 68 cities in 19 European countries arrived in Debrecen to mark the 500th anniversary of the Protestant reformation on Monday. Launched at the initiative of the Community of Protestant Churches in Europe, the truck features an interactive exhibition presenting the European cities with a key role in the history of Reformation, Reformed Bishop Károly Fekete told MTI in front of the local Great Church.

The truck left Geneva, the city of John Calvin, on Nov. 3 to reach Wittenberg in Germany by the opening of a World Reformation Exhibition on May 20.

Further stops in Hungary will include Sárvár and Sopron in the west. “I am proud that they have come to Hungary. In any case the ‘Hungarian Geneva’ had to have a place in this series,” the bishop said.

The Memorial Year of Reformation will include close to 400 events in the Carpathian Basin.