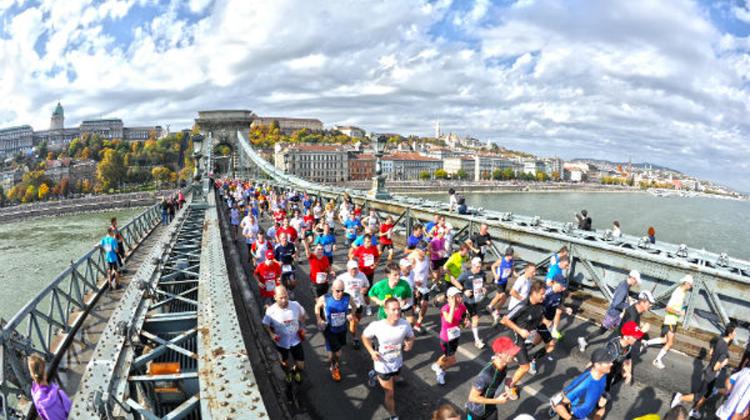 Olympic spirit has always been an important part of Hungarian history! Budapest is a candidate city for 2024 Olympic Games, but the capital and also whole Hungary is already on the global map of the sports world.

In the middle of July 2017, Budapest will host one of the biggest sporting events in the world: 2017 World Aquatics Championships — 17th FINA World Aquatics Championships. In terms of participation and global exposure, this is going to be the largest sporting showcase Hungary has ever hosted, lining up almost 3,000 athletes in six different disciplines, competing in 75 contests over a period of 17 days.

The competitions will take place in five iconic venues, each adding a special sparkle to the event. Swimming and diving are to be held in a brand new, state-of-the art complex, in the new wonder of Budapest. The Dagály Swimming Complex is going to be the main venue of the 2017 FINA World Championships, the construction of which is already considered an outstanding achievement, as it's to be completed in less than two years, a record-breaking time.

Right after the 17th FINA World Championships, Budapest, along with Balatonfüred will have the pleasure to host the 17th FINA Masters World Championships as well! With this latter world event the main goal of the International Swimming Federation is to let the athletes over 25 prove that they remain capable of competing on the highest level in the different disciplines.

The purpose of the organisers is to welcome the sportsmen and sportswomen from all around the world to Budapest and Balatonfüred, and to raise the reputation of aquatics. They would not only like to host athletes of different age groups with the purpose of competing, but also to provide them with unforgettable moments via the landscape, culture and gastronomy of our country. Hopefully, many of the athletes, their family members and friends will return to Hungary with those unique memories in mind!

Olympic Games and the Olympic Spirit have always played an emphasised role in the history of Hungary. The possibility of organising the 2017 EYOF might further strengthen the significance of sport and the rising generation training. It will be a great pleasure for us to welcome the whole Olympic Family to the City of Győr in 2017 and to show them the values of Hungary and Győr.

Mr. Marius Vizer declared: "In 2017, the Judo World Championships will be organized for the first time in history in Budapest. I am convinced that Hungary will organize a successful World Championship, especially with the possibility of candidature for the 2024 Olympic Games and also given the successful history of judo in Hungary."

1500 competitors from more than 50 countries are expected to participate in the 39th WAF World Armwrestling and 20th Para-Armwrestling Championship to be held in Budapest at MOM Sport Center.

Since 2014, one of the world's most beautiful capital cities makes its mark on the global triathlon map! This is the city where you can race along the Danube before plunging your weary bones in thermal baths. The spine of the race course is the Blue Ribbon of Europe, the river Danube, which runs along the Buda hills and the Castle District. Crossing the world famous Chain Bridge, participants will pass by the most spectacular sights of the city – offering a sightseeing adventure neither the city nor the IRONMAN competitors have seen before.

So however challenging is the race, participants can count on leaving Budapest fully recharged. The Hungarian capital is also a candidate city for the 2018 IRONMAN 70.3 World Championship.

Hungary first hosted a Grand Prix in the 1930s, but following the Second World War and the building of the Iron Curtain it was not until the 1960s that motorsport began to find a place in the country. The track in Mogyoród, near Budapest was opened in 1986 and it held its first Formula One event in August that year. It was a huge success and almost 200,000 fans showed up.

Since that, Formula 1Hungarian grand Prix is held every year in mid-summer. Although tight and twisty, the circuit has been known to throw up some great races, the most memorable being Thierry Boutsen's win in 1990, beating Ayrton Senna by 0.3 seconds, and of course the 1997 race where Damon Hill in the Arrows sensationally passed Michael Schumacher's Ferrari only to be denied the win by mechanical failure on the very last lap.

Running events in Hungary in 2017

The following running events will be held in Budapest and Hungary in 2017:

32nd Telekom Vivicitta Spring Half Marathon – Budapest, 8-9 April
The race will start from Margitsziget, and the marathon course will pass by Budapest's best sights.

22nd Coca-Cola Wake Your Body Women's Run – Budapest, 21 May
A race only for women with a fantastic atmosphere in Budapest.

32nd Wizz Air Budapest Half Marathon - 10 September
The biggest half marathon in Central-Europe. Run with over 16.000 athletes and enjoy the incredible scenery. Course leads through the centre of Budapest, through the famous Andrassy Boulevard and the Chain Bridge.