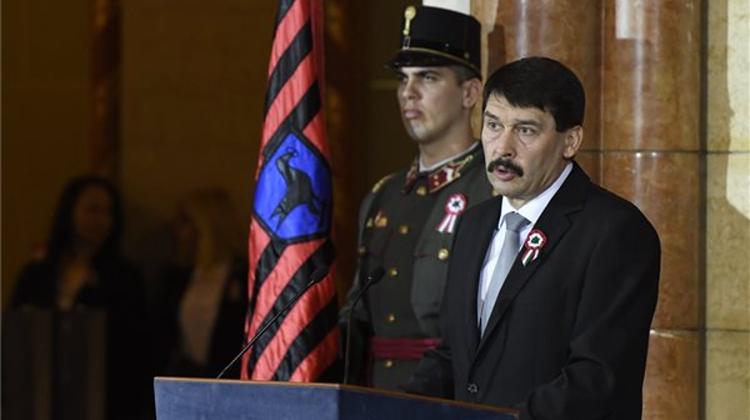 President János Áder presented Hungary’s state orders as well as the prestigious Kossuth and Széchenyi prizes to recognise public personalities, artists and scientists on the occasion of the anniversary of the 1848 revolution in Parliament. In his address to the awardees, the president highlighted their achievements, which he said could “motivate many to come up with better results”.