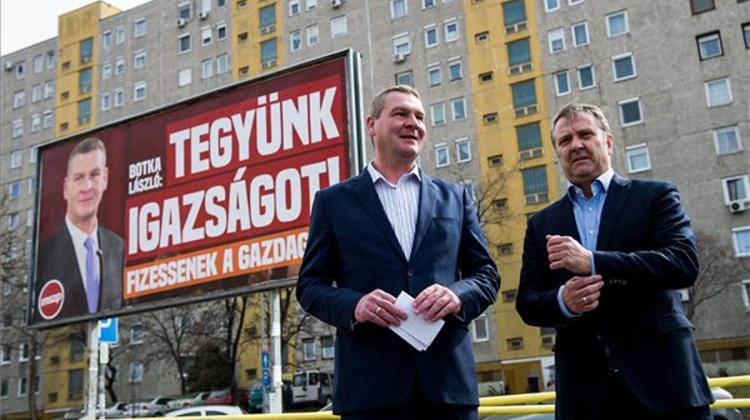 The opposition Socialist Party is to start a nationwide political campaign for promoting a fairer sharing of public burdens, party leader Gyula Molnár said on Thursday. The campaign has been designed to demonstrate “how Hungary could be made a more equitable country,” Molnár said.

He insisted that the government “acts as a reverse Robin Hood stripping the poor of their money and distributing those funds among the rich”.

The Socialist Party will put out giant posters and advertisements in community media. Party leaders will also tour povertystricken areas and meet locals, he said. László Botka, the Socialists’ candidate for prime minister, said that the government’s “unfair” policies had “tremendously” increased poverty in the country.

Concerning details of the Socialist’s plans, Botka said his party would impose a “luxury tax” on incomes over 1 million forints (EUR 3,200) a month, affecting some 100,000-200,000 families. He said the tax would increase central revenues by an annual 300 billion forints (EUR 0.96bn), which could be used to cut taxes for low earners.

He also proposed that properties worth over 100 million forints, as well as cars or other belongings worth more than 10 million forints should be taxed. “This is not a campaign against the rich. We aim to build a fair sharing of the public burden and equitable policies,” Botka said.

The Socialists would also reintroduce multiple-bracket taxation, he said, and argued that a flat tax is “the most unfair tax possible”.

Citing recent surveys, Botka said that half of Hungary’s households had no other asset than their home and another 45% had a minimum of assets, such as a car.

Only five percent of Hungarian families own assets worth more than 30 million forints comparable to the middle classes of other European countries, he said.

The Socialist politician urged cooperation between the leftist parties ahead of the 2018 election, and said that they could only win if they have a shared candidate in all constituencies.

“Those who do not want a change (of government) in 2018 should not jostle at the start because they will just disrupt those who do,” Botka said.