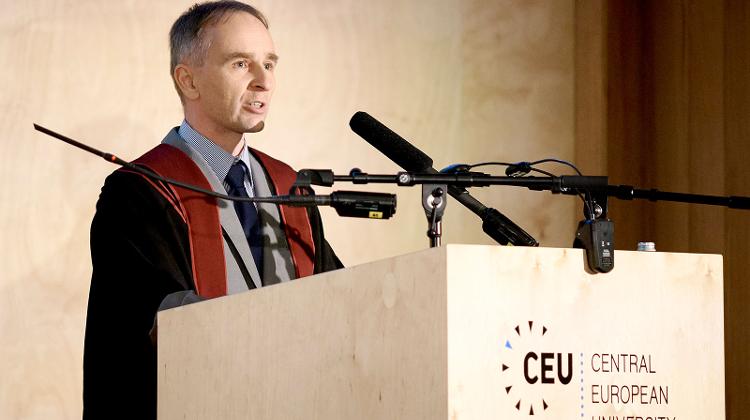 It is more likely than previously that the CEU will relocate from Hungary, deputy rector Zsolt Enyedi told RTL Klub television on Wednesday. “If the question is whether in its present form with these projects, departments and all these research projects CEU can remain in Budapest, I see less than a 50% chance,” Enyedi remarked.

He added that if the cabinet had wanted to keep the university here, it could have taken steps in that direction.

It is conceivable that only an adult education course or part of the library will be kept in Budapest, while substantive educational activity could move to other cities, possibly Prague or Vienna, Enyedi said.

However, he added, the university does not want to relocate, as such a decision could affect the lives of 10,000 staff and family members.
Source: Hungary Around the Clock