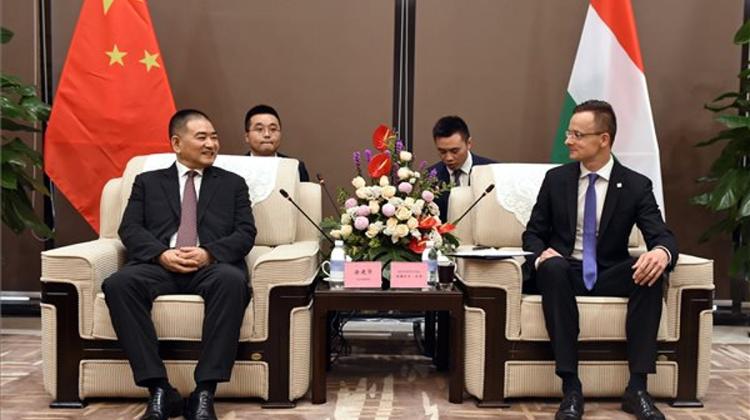 The Hungarian government signed on Tuesday a strategic partnership with China’s Bohong Group, one of the largest exhaust manufacturers in the world. Péter Szijjártó, Hungary’s foreign minister, told MTI from Chongqing by phone that the group was planning to invest some 9 billion forints (EUR 29.1m) in Hungary, employing the most modern technologies in Bohong’s plant in Oroszlány, in northern Hungary. The Oroszlány plant currently employs 1,200 people.

The government has also signed partnership agreements with 5 other Chinese companies. On his China tour, Szijjártó is accompanied by representatives of 69 Hungarian companies.

Later in the day, a Hungary-China business forum will be held in Chongqing, and 13 business agreements will be signed targeting cooperation in information technology, logistics, and food manufacturing, Szijjártó said.

Szijjártó noted an “explosion” in trade between Chongqing province and Hungary, adding that turnover had increased by 57 percent last year, to 170 million dollars.

The new school will offer Hungarian courses, with students studying one year in Sichuan and three in Budapest, Szijjártó said.