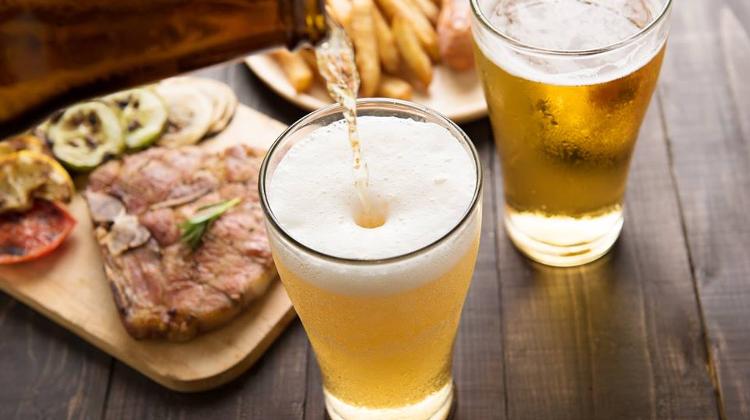 Organizers of the well-known 'Buda Castle Beer Festival', are putting on a new event at Liberty Square this year. This 'Downtown BeerFestival' keeps the original concept but will offer an even wider variety of beer specialties in a larger, greener environment. Entry is free of charge.

Only if you actually purchase a beer will you will need to buy one of the uniquely designed festival pitchers, say organisers. They continue, "between June 15-18, for 4 days you may pick and choose from the best import and craft beers, which will also be accompanied by tasty snacks and meals served directly from the Food-Trucks.

With its extended list of what to offer, in its centrally located area, the organizers of the well-known Buda Castle Beer Festival, want to promote this event as the true celebration of beer! The event will grow not just in the range of the location, but in the varietyof the beers we offer, with a special Craft Beer Street, also by introducing the new Hungarian beers.

The festival will be presenting the magnificent beverages provided by the largest breweries, the highest class import breweries and the fresh craft beer companies. Besides the more than 200 different types of beers, our visitors will get the chance to taste the products of Hungary’s first newwave Boutique Brewery.

The visitors will have the opportunity to try out these new flavors, which will be served in one of the 3 specially designed unique beer glasses.

The Liberty Square is one of the most favored squares in downtown Budapest, which can easily be accessed from the Parliament, through the Kossuth Square. Inthe middle of the square you will find a huge green park, where the locals love spending time at, or even justto visit to relax a bit.

The square is the home of multiple Bank Centers and the American Embassy also was the Hungarian National TV’s headquarters till 2009 and also the Stock Exchange Centre. Besides the Soviet Monument also a statue of Roland Reagan can be found here.

They did a complete do over of the square in 2003, when they also builtthe garage under the park, and created the playgrounds. A couple years later they installed an interactive fountain which till this day is a great entertainment for the visitors."

The Liberty Square can be accessed by car, where you may find paid street parking. Also you may use the underground parking lot located under the park. (For more info: http://www.lipotgarazs.hu)