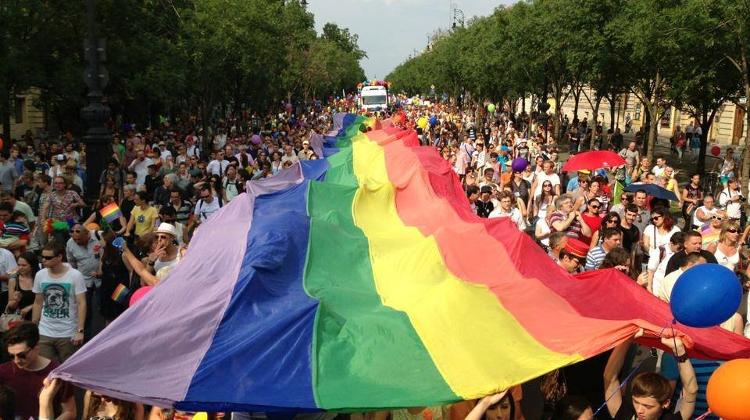 The 22nd Budapest Pride festival of the gay (LGBTQ) community opened on Friday night. At the opening ceremony, Szilvia Nagy of the organising Rainbow Mission Foundation said it was “not easy” to be lesbian, gay, bisexual, transgender or queer in Hungary, and recalled that it was in 2007 for the first time that Pride marchers in Budapest were attacked by violent “counter-demonstrators”.

But “those of us here have not given up,” she asserted and called on participants to create their own freedom on July 8, when the festival closes with the traditional Pride March. Author Lajos Parti Nagy said being LGBTQ was a public affair when “it is not allowed to be a private affair: when one is not allowed to kiss their sweetheart in public or get married”. Parti Nagy voiced criticism of the government and said it “performs best at creating enemies”.

“What is Brussels today can be gays tomorrow or anyone coming down the motorway where the direction of traffic is dictated by an audacious minibus”. The author called it “magnificent but scary” that the Budapest Pride was “a celebration of courage”.

“Why do we still need a lot of courage to be open about whom and how you love?” he asked, and voiced hope that at some point Hungary would have an LGBTQ prime minister. At the ceremony, a message from ombudsman László Székely was read out. In his letter the ombudsman said that this year’s festival would be held “under the sign of freedom and security”.

He added that the goal was to ensure an opportunity for participants to “come out as people with sexual orientation and gender identity that deviates from the majority without fearing any atrocities”.