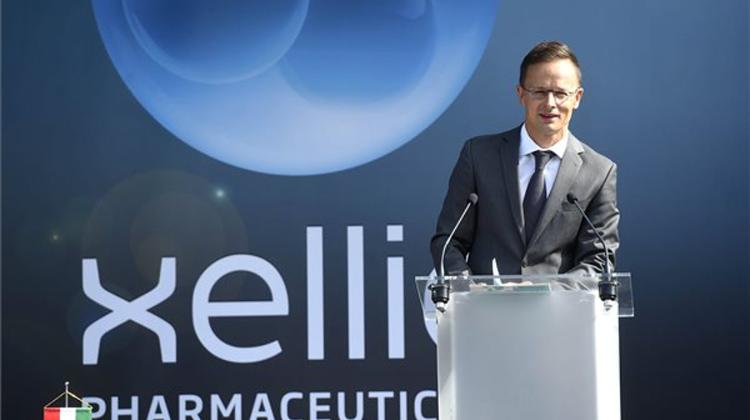 Denmark’s Xellia Pharmaceuticals inaugurated a 13 million dollar expansion at its base in Budapest on Tuesday. Xellia added microbiology and chemical analytical laboratories, a product stability centre and administrative offices in a 3,000sqm building next to its manufacturing plant in Budapest’s 10th district.

“The new facilities will play a significant role in Xellia’s global operational strategy, strengthening its product release and stability testing services for [Active Pharmaceutical Ingredient]s and Finished Dosage Form (FDF) produced across the company’s other sites in the US, China and Denmark,” the drug maker said in a press release.

The investment has already created 40 jobs, but Xellia aims to raise headcount at the Centralised Laboratory Services operation to around 80 by 2019. Xellia makes anti-infective treatments.

Péter Szijjártó, the minister of foreign affairs and trade, and Zoltán Kovács, mayor of the 10th district, addressed the inauguration ceremony.

Szijjártó said Hungary’s aim is to introduce as many high value-added and R and D-based companies as possible in order to maximize the number of competitive jobs in the country. One of flagships of the government’s new economic policy is the domestic drug-making industry, he added.