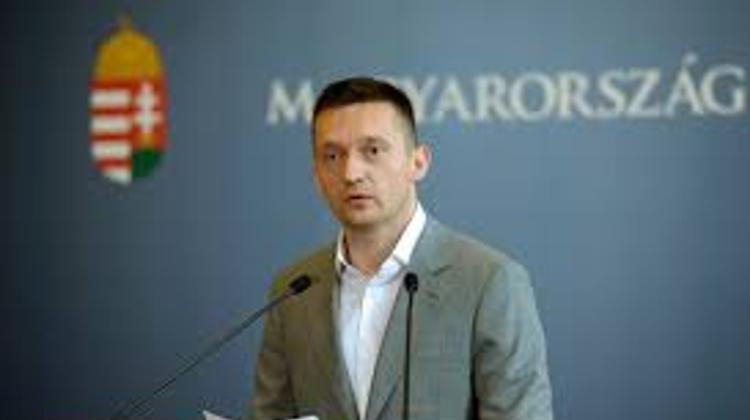 Both Minister in charge of the Prime Minister’s Cabinet Office Antal Rogán and Fidesz communications director Balázs Hidvéghi said that foreign powers might provoke street riots during the campaign for next year’s parliamentary election, reports HírTV.

Rogán spoke to an HírTV reporter after the Kötcse “civil picnic”, an annual gathering of Fidesz and Fidesz-tied circles. He said that according to Prime Minister Viktor Orbán, one of the biggest stakes of the election is whether Fidesz can defend the fence on the southern border of Hungary.

Rogán said he anticipates a cumbersome, difficult and tense fight during the campaign, and he can imagine the use of campaign tools never seen before in Hungary, for example street riots the size of those during the G20 summit in Hamburg in June. There, clashes between anti-capitalist protesters and the police resulted in dozens of burnt-out cars, damaged private and public property and an estimated total damage bill of EUR 12 million (USD 14.2 million).

A day after Rogán’s comments, former Fidesz MP and now-communications director Hidvéghi was more straightforward at a press conference, where he said that “organizations calling themselves NGOs, but who in fact are in the service of George Soros”, might provoke street riots in autumn. Hidvéghi said civil disobedience equals violent riots, and “when they announce civil disobedience in Hungary and imply violence – we have seen and heard examples of this in the recent months – then we can anticipate something like this”.

Dalma Dojcsák, project leader of the Hungarian Civil Liberties Union’s political freedom rights project, responded on HírTV: “Whoever states that an act of civil disobedience might end in street riots is either extremely uninformed or deliberately lying.”

It seems that the supposed threat of foreign-backed street riots is going to be one of the main topics of Fidesz’s campaign for the parliamentary election in April or May. In July, Speaker of the National Assembly and Fidesz veteran László Kövér warned of George Soros-backed street riots, saying: “They will try to create an atmosphere in which civil war psychosis overwrites everything else”.