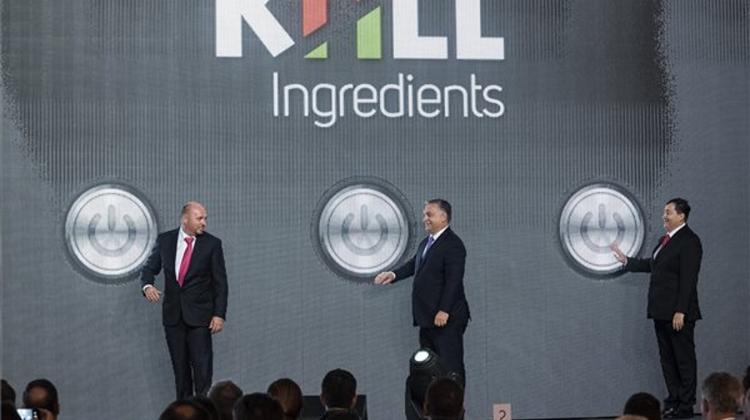 The Hungarian government awarded Kall Ingredients a 9.2 billion forint grant for the project which has created almost 500 jobs.

He welcomed the investment as being of great significance, noting that as the largest-scale such investment in the food industry over the past period since the regime change it marked a “new beginning” in the domestic industry.

The plant is expected to generate annual revenue of 55 billion, turning 530,000 tonnes of maize into sweetener.

Economy Minister Mihály Varga and Agriculture Minister Sandor Fazekas also participated at the ceremony, together with László Kárpáti, the majority owner of Kall Ingredients, and Lőrinc Mészáros of Opus Global, a minority owner in the company.