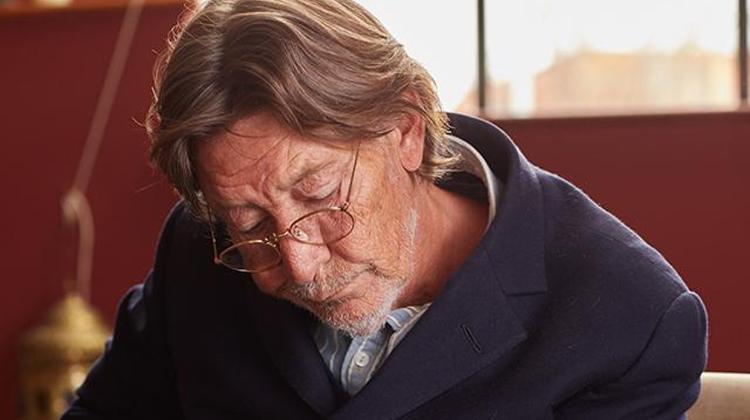 The famous English musician returns to Budapest to give a concert on 6th November in the László Papp Budapest Sports Arena. Chris Rea will be touring his forthcoming studio album Road Songs for Lovers.

Like all truly great artists, Chris Rea has followed his own unique artistic vision and a path that is his and his alone. And although his exemplary musical output to date is deeply embedded into the framework of the world’s rock n roll DNA, it is also safe to say that his presence has been something of a glittering thorn in the side of an industry that has always had him down as a perennial outsider.

Artist and painter, blues aficionado and self-confessed motoring nut, filmmaker and Italian-influenced classical music composer, eclectic and maverick are two terms that hardly come close to describing a man who has sold more than 30 million albums worldwide for just being himself. In 2017 Rea returns to what he’s best known for: an album of gorgeous rock ballads which showcases Rea’s unique voice and a songwriting skill at the top of his game.

Born in Middlesbrough in 1951, Rea released his debut album in 1978 and promptly had a huge US hit with the first track to be lifted off the record, Fool If You Think It’s Over. In 1983, Rea's fifth studio album Water Sign sold over half a million copies after I Can Hear Your Heartbeat became a Top 20 hit all over Europe. Rea’s follow up, Wired To The Moon was also a huge success and attendant tours of Europe would ensure that Rea commandeered a significant fan-base that has stayed with him through subsequent decades.

In 2000, Rea’s, King Of The Beach reached the Top 30 but his well-documented illness meant that he took a brief sabbatical from recording before returning to his blues roots.

Rea is not alone in the company of musicians who found fame later in life – think Jarvis Cocker, Leonard Cohen – and indeed it is interesting to note that he didn’t achieve UK Top Ten single status until the release of The Road To Hell (pt2), a record that was actually his eighteenth chart entry.

Perhaps it is this fact that makes Rea such a breath of fresh air and a man effortlessly in control of his own faculties as a singer songwriter. “I was never a rock star or pop star and all the illness has been my chance to do what I'd always wanted to do with music,” he says.

“The best change for my music has been concentrating on stuff which really interests me.“ He is obviously referring to his love of motor racing, painting and the blues but if Road Songs For Lovers proves one thing it is this: you can add beautiful, poignant rock ‘n’ roll love songs to that pantheon of passions.

Tickets for the Budapest show are available via www.livenation.hu and www.ticketpro.hu.

There are only seated tickets available, in a theatrical layout, fans should make sure they have their tickets soon this time.