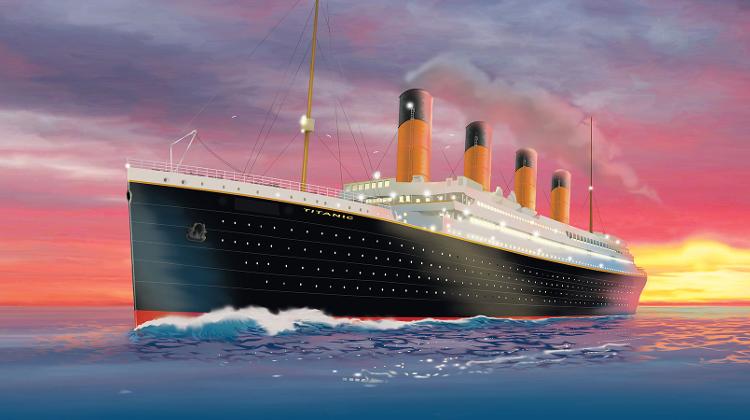 This interesting option for the holiday season, 'the world-famous Titanic exhibition', closes at the end of December. This unique exhibition showcases several hundred original art pieces from the famous shipwreck. Also, visitors can see – among other things – the technical equipment of the ship, pieces of furniture, and some personal belongings of passengers, such as clothes, jewellery, and wallets.

From the organiser: Discover the secrets of the Titanic, and experience the magical atmosphere of the early 20th century!

The round-the-world Titanic exhibition is presented by the company RMS Titanic, which has the exclusive rights to collect the artefacts from the Titanic wreck. In Hungary the exhibition is organized by JVS Group Magyarország.

The exhibition has a unique Hungarian section where local historical events of the era are recalled, and the Hungarian aspects of the world famous Titanic are also presented. Titanic was the largest transatlantic liner of the era, the most monumental achievement of the technological revolution.

It carried passengers and postal materials between Europe and North America. Large transatlantic ships symbolized the great development of the early 20th century and the start of a new technological era. The Titanic, however, sank during its maiden voyage on the Atlantic Ocean on April 15, 1912. More than 1,500 people lost their lives that night.

The exhibition authentically presents the social and political situation, as well as the historical relationships of the early 20th century in Hungary and the rest of the world. It explains for younger generations the enormous exodus that occurred at the beginning of the century when thousands of people fled Europe to escape from poverty and the imminent First World War to make their dreams come true in America.

The exhibition is an excellent idea for a school trip, which will not only enrich the lectures of history classes but will also introduce children to the discoveries and technical inventions of the time. Students will also learn about the history of artistic movements, and get a comprehensive view of the political situation leading up to WWI.

At the entrance visitors will receive a boarding card bearing the name of a real Titanic passenger, so they can experience the exhibition as a special journey in time aboard the Titanic. Owing to the detailed reconstruction of the cabins, the engine-room, and the dining-room, visitors can get a feel of the atmosphere of the early 20th century – both the luxury and the poverty of the era.

An audio guide is available free of charge, and it helps to provide the fullest possible experience for our visitors.

The personal experiences of visitors and the several hundred original pieces of art make the Titanic exhibition one of the most popular exhibitions in the world.

On view until the end of December 2017