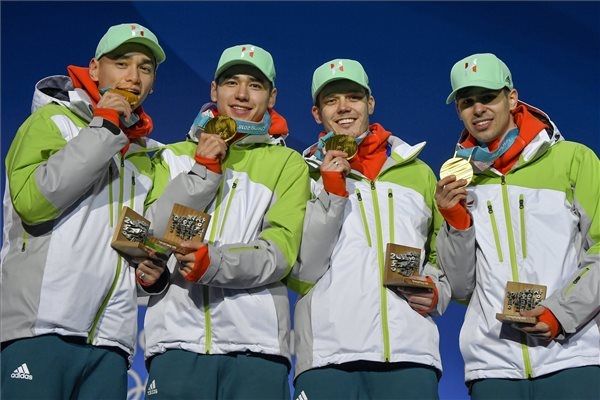 As the Hungarian team wins the gold medal in the men’s short track speed skating, a liberal and a conservative commentator lambast a liberal intellectual for his comments on the Chinese-Hungarian skaters.

After the victory of the Hungarian team, which includes the brothers Sándor Liu Shaolin and Liu Shaoang, the liberal lawyer and former left-wing candidate for President László Majtényi wrote in a Facebook post ‘Two migrants won an Olympic gold for Hungary. Thank you’. The ironic comment intended to criticize the government’s migration policy was deleted after a couple of hours.

On Mandiner, György Szalma takes Majtényi’s comment as proof that the Left is completely mistaken on the issue of migration. The conservative columnist notes that the Liu brothers are not ‘migrants’ but Hungarians who were born in Hungary (to a Chinese father – a legal immigrant – and a Hungarian mother) and have always lived in their native country.

Szalma adds that Hungarians have never had any issues with Hungarian citizens with mixed ancestry. Szalma finds it absurd to suggest that the government’s intention to keep out undocumented migrants has any implications for Hungarians born to parents from abroad.

Szalma contends that Majtényi’s ironic comment is an insult to the Liu family as well as to Hungarians who want to celebrate the first Hungarian gold medal in the Winter Olympics.

Heti Világgazdaság also finds Majtényi’s and similar internet comments tasteless. Such comments tatgetting the government’s anti-immigrant rhetoric deny the Liu brothers their place in the Hungarian national community, Heti Világgazdaság contends. The liberal weekly concludes by suggesting that liberals should not sink to such rhetoric.