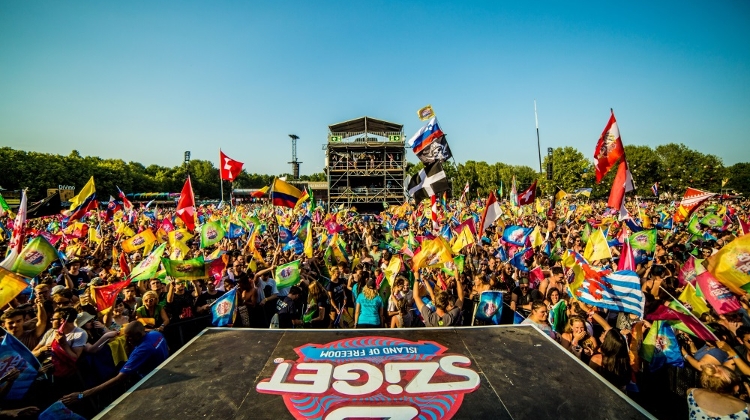 The World Stage, Europe Stage and The Colosseum will showcase the best in alternative, new and electronic music from around the world including artists Les Negresses Vertes, LaBrass Banda, Tommy CA$H, KETTCAR, Blaudzun, Ben UFO, The Martinez Brothers, Tiga and over 100 more.

Sziget unveils its unrivaled acclaimed worldwide programming with three stages of alternative acts from around the globe.

Championing new music on the Europe Stage will be about to break acts from the world over including Tommy CA$H, KETTCAR, Blaudzun and Fresku. International electronic acts who will play at Colosseum sponsored by Telekom include Ben UFO, Eagles & Butterflies, The Martinez Brothers & Tiga.

Bringing together 450,000 people and tipped as the continents Glastonbury equivalent, the ‘Line-Up of the Year 2017’ winners are back 8-15 August for an unforgettable festival for any music lover.

Following the announcement that the ‘Born to Die’ hitmaker, Lana Del Rey will be bringing her unique style of glamorous pop melancholia to Budapest’s Sziget Festival’s headline slot in August, the festival is proud to announce three stages of alternative music that will showcase talent from around the world.

Joining genre-spanning and globally recognised acts such as Gorillaz, Kendrick Lamar and Arctic Monkeys who will be performing on the Main Stage at Sziget 2018, the acclaimed festival unveil the worldwide lineups for the World Music Stage, Europe Stage, and The Colosseum.

The World Music Stage will take any preconceptions the Sziget-goer has of the words World Music and throw them out of the continent. With performances from the incredible French alternative rock collective, Les Negresses Vertes, the electrifying fusion of jazz, punk and reggae from Sziget favourites LaBrassBanda and the innovative blend of Afropop and European rock from exhilarating Kinshasa veterans, Jupiter & Okwess.

If festival goers are looking for a unique location to party, then seek no further than The Colosseum. Entering through a dog-head, witness a venue built entirely of pallets to experience eclectic and innovative progressive electronic music like never before. With sets from Cologne natives Andhim.

Their unique sound, full of hip-hop samples and energy, the boys will bring their self-described “super-house” genre to Sziget alongside one of the year’s most sought after DJ’s Ben UFO, and acclaimed electronic anarchist, Dave Clarke.

Sziget is one of the world’s largest music and arts festivals. It takes place on Budapest's Óbudai-sziget, which is appropriately transformed into the 'Island of Freedom' every August.

It welcomes 'Szitizens' from across the globe, of all backgrounds, in one place. Festival goers will enjoy performances courtesy of some of today’s biggest artists, including hip-hop superstar Kendrick Lamar, and acclaimed DJ extraordinaire Kygo.

The celebrated festival won ‘Line-Up of the Year’ at the European Festival Awards 2017 after standing out among a group of festivals including Glastonbury, Rokslide and Lollapalooza, for a second year running in a category compiled by experts and voted for by the public.

One, three, five and seven day tickets for Sziget are on sale. Prices start at just €70. For more information and tickets, visit szigetfestival.com.

Starting at €70, are available here