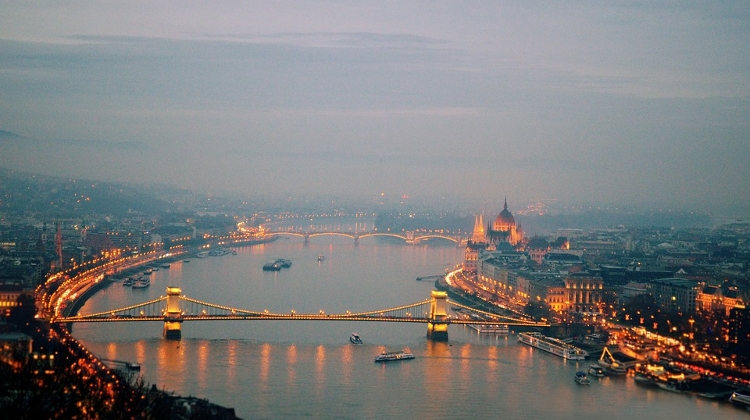 The Hungarian Tourism Agency (MTÜ) has announced the launch of its first international promotional campaign under the slogan "Spice of Europe," focusing on the Hungarian capital, says a press release.

Promotional material in the campaign is set to appear in international online and print media and on television in the period from May 15 to June 30, according to the press release.

"Spice of Europe" is intended to convey the image of Budapest as an energetic, creative and diverse city where visitors can find everything that any classic European capital has to offer, presenting both its authentic, historical side and innovative, vibrant aspects.

Accordingly, the campaign is being launched with a youthful, creative image, with a new tourism logo, website, TV promo spot, and other creative content.

Special attention has been devoted to online media, to which 65% of the available funds are being devoted, while 25% of the budget will go on the campaignʼs television presence, stressed MTÜ CEO Zoltán Guller at a press conference to launch the international campaign.

During the campaign, the MTÜʼs chief global media partner is international television news network CNN, which is set to broadcast the TV promo spot on some 900 occasions, reaching an estimated 250 million households.

Ads will also be shown on board flights of airlines Iberia, Ryanair, British Airways, Lufthansa, American Airlines, and United Airlines. Hungarian low-cost carrier Wizz Air will feature an eight-page supplement on Budapest in its online magazine in June and July, expected to be seen by a potential five million passengers.

Ads are also set to appear in media in Budapestʼs most important source countries for tourism in Western Europe, namely Germany, the U.K., Spain, France and Italy, as well as in the United States.

According to the press release, the agency is focusing on three main target groups: young people aged 25-40, families seeking adventure, and global tourists in the 30-55 age group.

In parallel with the Budapest-centered campaign, the MTÜ is also launching two other communication drives, one a domestic campaign aimed at stimulating tourism in the spring and summer and focusing on Hungaryʼs lesser-known locations and attractions awaiting discovery, and the other aimed at popularizing Hungarian provincial destinations in other countries of the region.