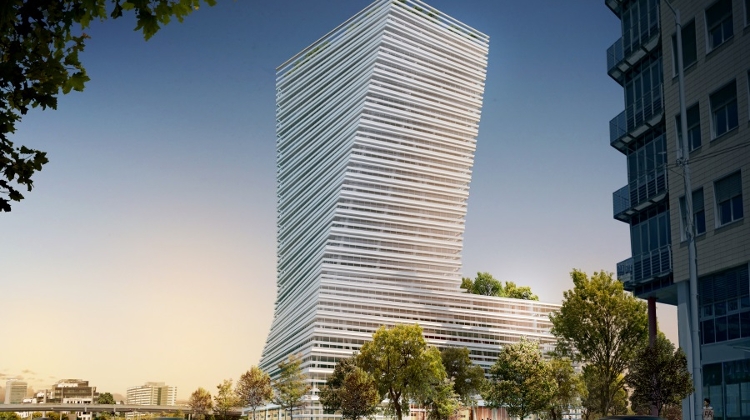 International office developer GTC Hungary has received the building permit for its new project, The Twist – Budapest City Tower. Rising over 23 floors, The Twist will be one of Budapest’s tallest office skyscrapers with 37,000 square meters of leasable offices.

Construction of the office tower will commence imminently. It will be located at the center of District 13, at the crossroads of Váci út and Róbert Károly krt. The site sits adjacent to the Árpád Bridge metro stop, a major interchange for the city’s bus and tram network.

The ground floor and first floor will host The Twist experiences – services, amenities and resources tailored to suit the most demanding occupiers, the press release says. A three-level underground car park will accommodate 580 cars and 24 electric car-charging stations. Retail units will cover more than 1,000 sqm.

Together with an international team of professionals, including Bollinger Grohmann Schneider from Vienna and Bánáti + Hartvig Architects of Budapest, the sculpture was created.  Tomlin Budapest has been appointed as project manager.

GTC Hungary, a member of Warsaw-based Globe Trade Centre S.A., is one of the leading players on the domestic real estate market. In the past 18 years it has carried out five major office investments in Budapest with a combined gross leasable area of 141,000 sqm, the press release recalls.

Bigger Buildings In Budapest Ahead