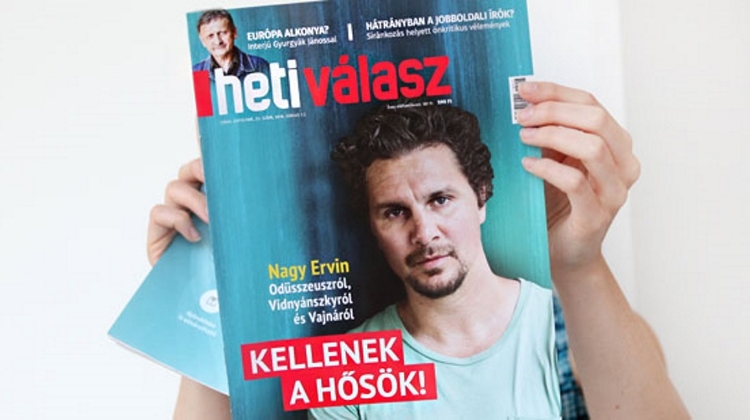 Following the closure of several independent media outlets in Hungary in recent times, weekly political magazine Heti Válasz has announced the end of its print edition. The move comes after unsuccessful negotiations with a potential American investor.

The closure continues a shrinkage in the market of independent media not controlled by figures close to the government, which most recently saw conservative daily newspaper Magyar Nemzet close down in April after 80 years in print.

Beginning next week, Heti Válasz will only be available online, with the publisher filing for bankruptcy, Gábor Borókai, the magazineʼs editor in chief, said in a final op-ed.

The publisher had been in talks with a Hungarian-born Republican businessman in the United States, who has now withdrawn their interest in acquiring Heti Válasz. The reasoning given was that the lack of advertisements from state institutions and state-controlled companies have made the magazine unprofitable.

In his op-ed, Borókai did not specifically point to Simicska, referring only to "the former owner," who "wouldnʼt/couldnʼt" support the magazine financially any more.

Borókai added that Heti Válasz may be reborn, but "with a content we cannot control."

Heti Válasz first appeared in 2001 as a state-owned magazine, strongly connected to the then governing Fidesz, and was named among the publications recommended by Orbán during the 2002 election campaign. Following the Fidesz defeat in that election, it was privatized in 2004 and became more independent in approach, setting publications such as Newsweek, Time and The Spectator among its benchmarks.