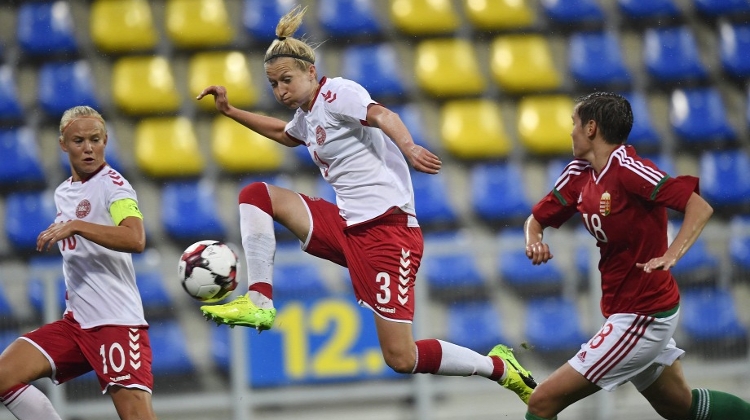 The fourth Hungarian Women's Football Day was celebrated during an all-day event in Telki, the main feature being the full national team's match with visitors Greece.

Before the match, Szilveszter Kovács, MLSZ Grassroots Director, thanked the retiring Angéla Hummel-Smuczer for her contribution to the national team after 126 appearances stretching back to 2001.

The match itself was dominated by the hosts in the early stages but there attacking football wasn't incisive enough to yield any clear chances on goal. Indeed, it was Greece on the counter who threatened most when Sofia Kongouli broke into the left side of the penalty area and flashed a right-footed shot just wide of the far post.

The match continued in the same vein in the second half, Hungary having most of the ball but finding it nigh-on impossible to breach the Greek defensive wall in front of them.

Fenyvesi had one of the home team's brighter moments on the hour mark but her dangerous ball into the box flew towards the far post when Fanni Vágó was well-placed for a near-post header.

That was as good as it got for Hungary who pushed hard in the last ten minutes but couldn't fashion any more sights of goal, the match therefore ending in a nil-nil stalemate.

Edina Markó, Hungary head coach: "The players were tired, many of whom had played in the league championship final two days ago. We were missing our dynamism and weren't fresh either physically or mentally.

It will be of key importance for us to regenerate ourselves before the World Cup qualifier against Denmark next Tuesday. Naturally our opponent this time will be the favourite but we never approach any match with our hands already raised".