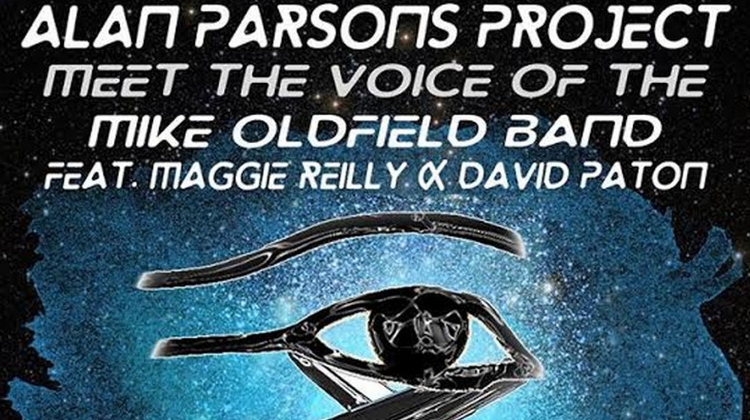 Meet the voice of the Mike Oldfield Band on 14 & 15 November at 8:00 PM at Budapest MOM Sport Center.

When two legends unite we can expect magic to happen.

Pilot the musical core of the Alan Parons Project and Maggie Reilly, voice of the Mike Oldfield Banf will open up their treasure box of hits for us when they unite giving us all a special and unique experience. Creating a show that guides generations to the soundtrack of their lifes.

After topping the charts with „Magic“, „January“, „Just a Smile“ and „Call Me Round“, PILOT moved on to become the core of a project named after it’s producer.

As part of the Alan Parons Project, Pilot can be heard singing and playing on all albums from „Tales Of Mystery And Imagination“ up to „Stereotomy“. Topping charts with hits like „Eye In The Sky“, „Don’t Answer Me“, „Lucifer“ and „Let’s Talk About Me“ a top hit in Germany and the USA.

The latter David Paton of Pilot also contributed the lead vocals to as he did on the classic tracks „What Comes Up Must Come Down“ from the Nr. 1 album „Pyramid“ „Children Of The Moon“ and „I’d Rather Be A Man“ from „Eve“, another chart topping album considered now as a stable of the APP catalog. With more than 80 gold and platinum discs APP belong to the most successful bands in music history.

Even more spice will be added when David Paton tune in to some beloved classic tracks from his time when he played in Camel. A band that defined the whole era of progressive rock.

Eye In The Sky

Maggie Reilly joined the Mike Oldfield Band in 1980. Her crystal clear vocals became the trademark of the band. Classic hits „Moonlight Shadow“, „To France“ and „Family Man“ are simply impossible to imagine without that special voice that still touches the people all over the world.

All albums with Maggie Reilly as part of the Mike Oldfield Band topped the charts. „Five Miles Out“, „Crises“, „Discovery“ as well as the earlier „QE2“ are still fans favourites. Just being reissued as special Deluxe editions and entering the charts again even decades after their first release.

After parting with Oldfield, Maggie Reilly resumed her solo career and awards came with increasing frequency. She produced the Album ‘Echoes’ in 1991 for which she wrote the massive worldwide hit ‘Everytime we Touch’ alongside the European hits ‘Wait’ and ‘Tears in the Rain’.

Awards for her songwriting includes ASCAP and BPI as well as several people’s choice accolades.

Both legends now unite to deliver the fans a most wanted show. These two staples of AOR heaven present concerts that will excite critics and audience at the same time.

So... let’s take a ride to 3 decades of music. A lifetime full of hits and a progressive step to the future while enjoying a trip through a setlist that really deserves the title Classic Rock.