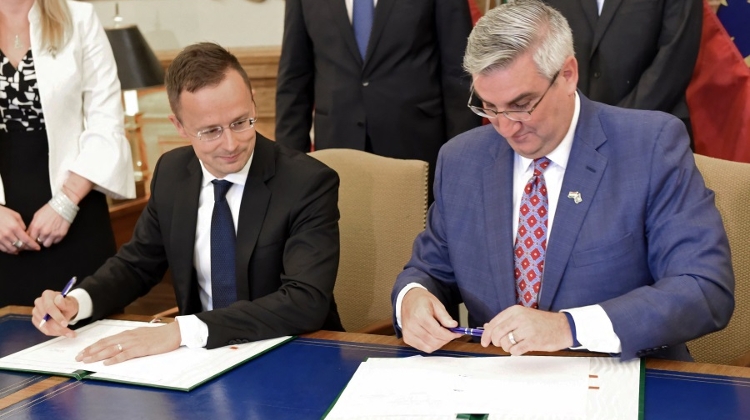 Hungarian Foreign Minister Péter Szijjártó and Eric Holcomb, the governor of the US state of Indiana, signed an inter-state agreement allowing courses of the state’s Notre Dame University to be held in Hungary.

Under the Hungarian law on higher education, foreign university courses are tied to an agreement between Hungary and the university’s home state.

The Pázmány University will offer a Vatican-approved course on sustainable development in Indiana, he said. The agreement will expand the two universities’ cooperation which so far involved smallscale programmes and lecturer exchanges, he said.

Engineering courses by prestigious institutions such as Notre Dame, which ranks 150th among the world’s universities, will add to the quality of higher education in Hungary, which in turn will define the country’s competitiveness in years to come, Szijjártó said.