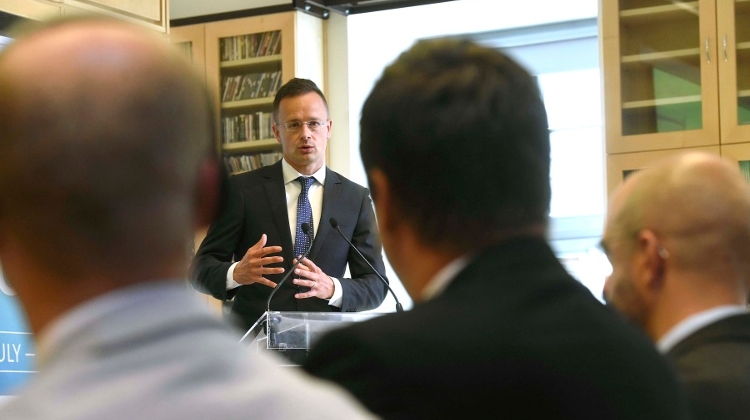 Péter Szijjártó said that Hungary has an ambitious plan to be among countries in Europe that are leaders in digital transformation and in applying new technologies.

Referring to the automotive industry, Szijjártó said that its switching over to digital technologies was crucial for sustainable economic development, and noted the government’s commitment to “do everything to help the sector over to a new, innovative epoch”.

The government is committed to making Hungary a regional leader in developing and promoting 5G technologies, Szijjártó said, and added that those efforts would greatly contribute to the development of selfdriving vehicles, too.

Szijjártó also said that the government would present a “voluntary country report” on meeting the United Nations’ sustainable development goals, in New York next week. He noted that water management and global migration would be high on the agenda of the UN meeting.

On another subject, Szijjártó said that 60-65 million people were “involved in migration” globally, and noted that many of them were forced to leave their homes due to a lack of water, and warned that the total number could increase in future.