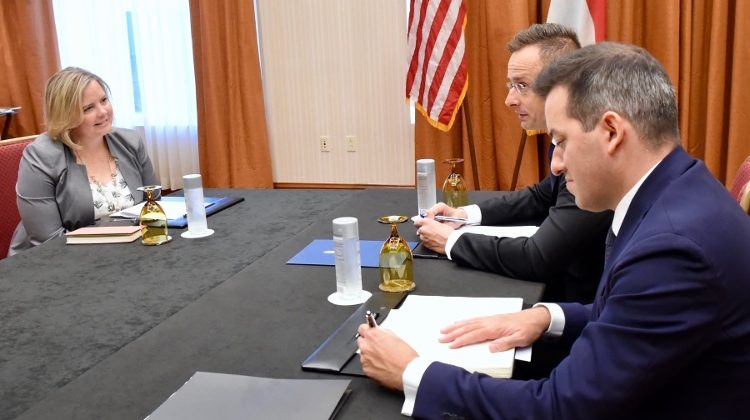 Car manufacturing and water management are driving cooperation between Hungary and the US state of Indiana, Foreign Minister Péter Szijjártó told MTI by phone from Indianapolis, where he met Secretary of Commerce Jim Schellinger and company executives.

Hungary and Indiana signed a cooperation agreement last year. As a result, bilateral trade has grown by 96%, exceeding 175 million dollars in 2017, the minister said.

Meeting CEOs of car manufacturers, which already operate or have interest in Hungary, Szijjártó said that “Hungary is proud to have the only single-rate and single-digit corporation tax in Europe, which motivates a lot of investment decisions.”

Automotive companies in and around Indiana are optimal partners for Hungary, because they focus on electromobility and innovation, he said. In his talks, the minister agreed that Hungary will sign a strategic cooperation agreement with BorgWarner, a car manufacturer employing 1,700 people in Oroszlány, in central Hungary.

The agreement will also focus on electromobility, he said. Szijjártó also met heads of Dana and Allison Transmission, both with plants in Hungary.