'I Will Be Your Mirror' Exhibition, Erika Deak Gallery 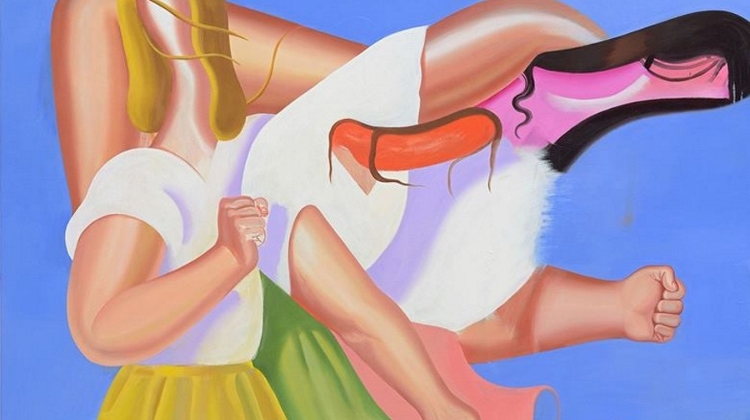 Now on until 31 July. The season closing exhibition of Erika Deak Gallery offers different approaches to the questions of female identities.

The title was borrowed from a 1967 Velvet Underground classic, it’s basically a romantic love song that suggests that we shall all dare to look at ourselves through another person’s eyes.

As if thinking of the song’s message, Le Bas, Moizer and Schuldt are all able to cut themselves free from the deceits and the distorations of contemporary social media image-messages, and dare to present unpretentious beauty.

The works choosen to this exhibition are the ruthlessly honest mappings of the selves, of the womanhood. All three testimonies react to issues of identities, but go beyond simple stereotyping and role-deconstructing.

They all attempt to look at themselves within a larger socio-political and art historical context, within our commom memory, and thus unravel the attributes of what is loaded and imposed onto a person who we call: woman.

Delaine Le Bas is a British artist, whose unique series deal with topics of nationality, race or gender issues. She is working with all kind of medium from painting to photography, from installation to embroidery.

Her own experience as a Gypsy appears characteristically and firmly in her art. At her first appearance in Erika Deák Gallery shows a site specific installation, in which ethnography and art became one and cannot be sharply separated. Kerchief with flowers, handwritings, the richly decorated pictures with her own cutted hair and the embroidery can be read a signifier of Romani womanhood.

In the publicity for the First Roma Pavilion at Venice in 2007, Le Bas was quoted as saying: "As a Romany, my viewpoint has always been that of the outsider and this position of the 'other' is reflected in the materials and messages within my work. We live in a culture of mixed values and garbled messages. My works are crafted from the disregarded and disparate objects of the car boot sale and the charity shop."

Zsuzsa Moizer continues to follow the route she started with a Hawaiian trip, what she showed in her 2015 solo exhibition in the gallery.

The landscapes and their details, which appeared on those paintings, started to demanded more space, and on her recent paintings the surroundings invaded the floating figures and slowly became one with them. One might recall Georgia O’Keeffe’s flower paintings, like once she referred to her flowers, Moizer’s works are also mystical references to her-self.

She often paints the same topic again and again, until she undestands it’s secret, its essence. Her smoothly formed and softly colored landscapes are not plein air paintings, even if they inspired by her atelier sourrounding in Pusztaszabolcs.

The organic forms of the figures seem to be experimenting with the boundaries of figuration and abstraction, while take us into the most intimate world of the artist.

Kristina Shuldt’s latest large scale canvases are dominated by female figures. But while the former figures are struggling, fight against gravitation with their huge limbs, her present characters are stronger, braver.

It seems as if they are dancing on the part of a ruined world to celebrate the victory of women. The figures behave as if they were fainted by bizarre twists and lethargic poses but they hold each other strong enough so that the gravity of history couldn’t seize them again.

Through her paintings, we seem to be looking into the devioius mirror of the heroine of last centuries, but can also trace her art historical forebears. She uses the visual references of classical modernism, yet the strong, shematic bodies recall not only the Leipzig school but the visualitiy of 1920’s avantgarde.