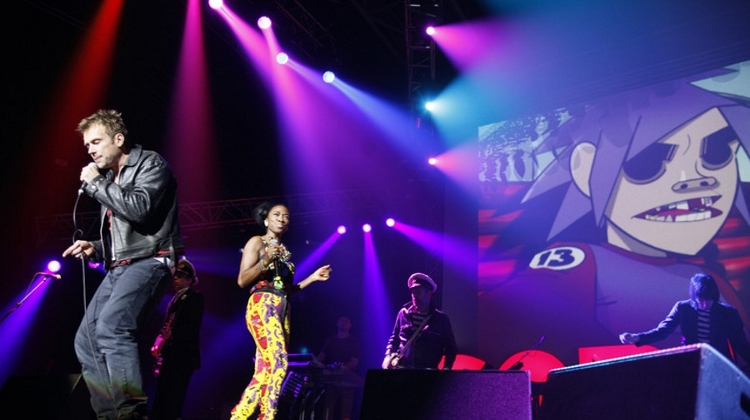 Gorillaz are a British virtual band created in 1998 by musician Damon Albarn and artist Jamie Hewlett.

Their fictional universe is explored through music videos, interviews, and other short cartoons. In reality, Albarn is the only permanent musical contributor, and often collaborates with other musicians.

With Gorillaz, Albarn departed from the distinct Britpop of his band Blur and explored influences including hip hop, electronic music, and world music through an "eccentrically postmodern" approach.