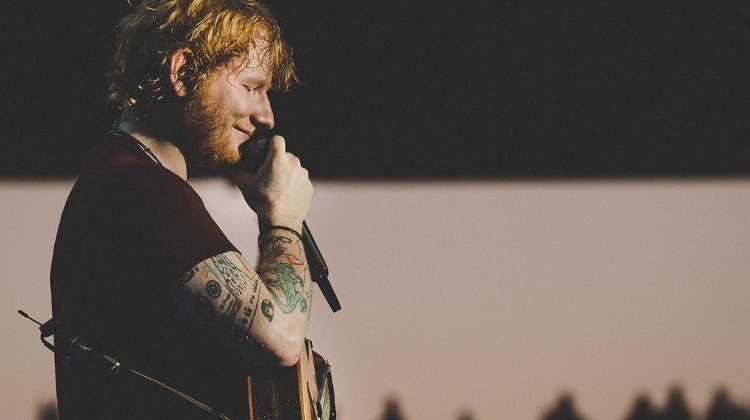 Sziget Festival organisers have just announced that 2000 more tickets will be on sale from 30 May for the Ed Sheeran concert on the 'Island of Freedom'.

Sziget Festival CEO: “There was huge interest in the Ed Sheeran concert for the opening day of the festival, so it was no wonder that the day tickets were gone in no time.

Finally, we decided to increase the viewing space with minimal alteration of the area around the Main Stage, so it’s possible for another 2,000 people to enjoy the concert in comfort”.

Attended by over 565,000 people last year, Europe’s answer to Glastonbury welcomes the biggest male pop star on the planet as its first headliner.

Sziget is Europe’s most diverse festival and the fifth biggest in the world. So what better platform for the biggest selling artist on the planet to take the stage for a headlining performance than Budapest's legendary Island of Freedom?

Ed Sheeran's infectious sing-along tunes and stories of love, loss and youth have earned him countless awards and the title of current king of pop, and are set to be the perfect soundtrack to Sziget's Love Revolution in August 2019.

Ed Sheeran began his career busking on the streets of London and living on mates' sofas. Fast forward ten years and Sheeran is selling out stadium tours, playing to hundreds of thousands of people with nothing but a guitar and loop pedal to protect him.

With three UK No. 1 albums and five UK No. 1 singles, he'll be bringing his tongue-in-cheek blend of pop, folk and hip-hop to the Sziget Main Stage.

Over 1000 artists and performers from the world over took to Óbuda Island including Stormzy, Shame, Shawn Mendes, Goo Goo Dolls, Slaves and many more.

More than just its headliners, Sziget brought together a programme of world music, theatre, cabaret, installations, performances and art, with Szitizens flocking from over 100 nations to experience the ‘Island of Freedom’.

With preparations well underway for 2019, Sziget is preparing for its biggest and best year to date.

Sziget dates in 2019 are 7-13 August, for more details head to szigetfestival.com