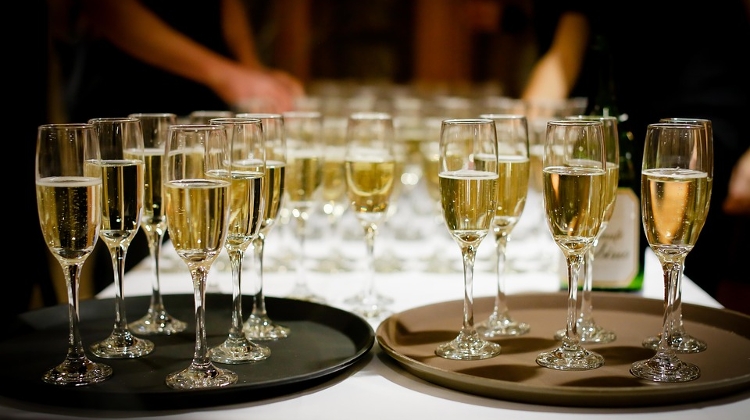 A number of Champagne bars will operate inside Budapest restaurants in the near future, with the concept set to debut at this weekendʼs Budapest Wine Festival.

"The Champagne Bar," a new franchise owned by Péter Bárány, was created as a response to growing market demand, according to a press release sent to the Budapest Business Journal.

The franchiseʼs kiosk at the Budapest Wine Festival will feature 16 brands of Champagne alongside three kinds of sparkling wine from Hungarian producer Brebis, made exclusively with technology from Champagne.

"The demand for sparkling wines and Champagne is growing constantly, while nobody serves the whole selection available in Hungary," says Bárány. "The main reason is that most distributors prefer one brand.

The speciality of ʼThe Champagne Barʼ is that it brings the different largest Champagne houses to the same place. The establishment of an independent catering spot is not a necessity, as the unit can be built in anywhere, easily."

Only expert sommeliers are allowed to stand behind the companyʼs bars, and will occasionally hold tastings, workshops, and even Champagne dinners, according to the press release.

"Our aim is to cater to both guests with finer tastes and consumers who are only getting to know Champagne," adds Bárány. "Therefore, we make quality Champagne and sparkling wines from the highest number of distributors accessible on the menu, alongside the traditional assortment."

The first separate Champagne bar will open in October at Jászai Mari tér, with another already existing establishment to be remodeled at Liszt Ferenc tér in late fall.

According to the ownerʼs plans, two further popular downtown catering spots will be fitted with a bar next spring, with expansion to Debrecen and Szeged also planned.