Xpat Explainer: The Story Of Hungarian Flag With A Hole 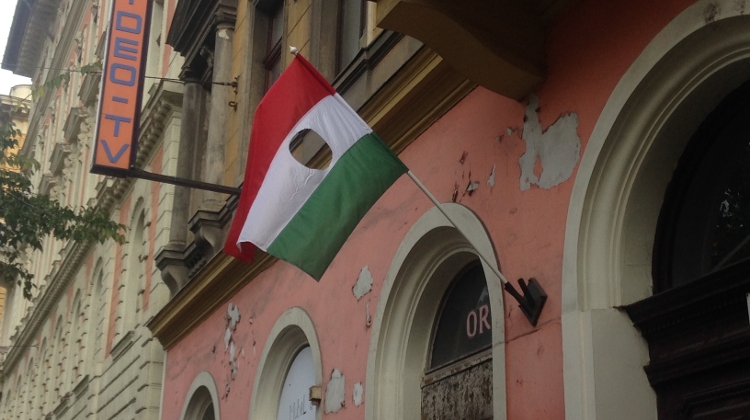 Well before October 23, the anniversary of the 1956 Revolution, the national flag with a hole in the middle has been displayed on buildings all over the city.

Newcomers to Budapest are wondering what the hole is about.

According to eyewitness reports the story goes back to the late afternoon of October 23 when the demonstrating students of the solidarity march with the Polish people reached Bem tér, where in between poem recitals and speeches someone noticed a red flag hanging from the balcony of the Foreign Ministry and people started to chant “We want the national flag to the Foreign Ministry!” (Nemzeti zászlót a Külügyre!).

Soon the red flag was withdrawn and replaced by the Hungarian flag, however, the flag with the so called Rákosi coat of arms copying a Soviet emblem in the middle. 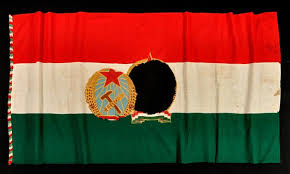 The reaction of the crowd to the hated symbol was: “That’s not our flag! Down with it!” A pair of scissors at hand made a historic momentum to elevate the flag with a hole to become the symbol of the Revolution.

The symbolism of our 1956 flag with the whole became so powerful that it was repeated 33 years later during the Romanian Revolution, when the communist coat of arms was cut out from the middle of the Romanian national tricolor as a protest against the hated Ceaușescu regime.