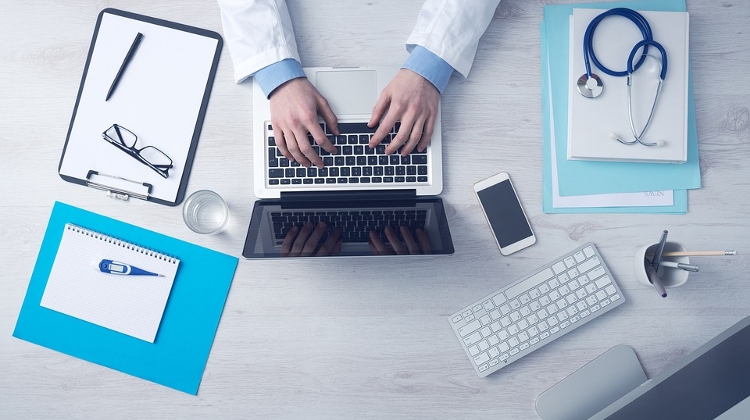 Launched a year ago with the aim of making healthcare more transparent, the National eHealth Infrastructure has been widening its circle of data providers to private healthcare facilities.

The service, launched a year ago, aims to make healthcare more transparent and treatment more effective by providing healthcare professionals with access to patients’ data in one place.

In the past year, 100% of inpatient facilities and pharmacies have joined the platform, while 87% of general practitioners and 85% of outpatient facilities use the cloud-based technology on a daily basis. A total of 500 million pieces of data have been uploaded to the system. This involves all e-prescriptions (introduced a year ago) but also those made out physically as well.

Medical documents such a discharge summaries, data from medical checks and the majority of lab results have also been uploaded in the system, Bálint Szabó, head of department at the National Healthcare Services Center told the Budapest Business Journal.

Since EESZT was launched, more than 176 million e-prescriptions have been collected, while the number of prescriptions sent to the system a day exceeds 800,000. In a year, nearly 92 million healthcare-related documents have been fed into the system. In terms of e-profiles, data has been accessed more than 100,000 times, according to information just published by the organization.

When ready, the platform will enable healthcare personnel and patients to see information covering everything from allergies to medication to visits to different healthcare institutes going back five years. The system is also connected to pharmacies so any prescription made up and collected in the past year is already visible.

“This way, physicians can tell if the treatment is ineffective because the patient did not pick up their prescription or for other different reasons,” says Szabó. “They can also avoid overdosing or [potentially dangerous] drug interactions,” he adds.

Another key feature of EESZT is the patient summary which, beyond emergency situations, serves a more effective and smoother treatment. This contains all the general information of the patient from blood type to allergies or any medical issues that has a long-term effect on the condition of the patient.

Data can uploaded by the therapist and the family physician. Data will be added to the system retroactively as well, going back five years back. The back-dating process is ongoing, but Szabó expects it will end by early-2020.

Since one’s medical history is probably the most sensitive data out there, the system allows patients to manage their privacy settings.

Healthcare personnel are given different levels of access: the documents entered into the EESZT are solely available to the general practitioner and the patients’ medical specialists (but excluding, for example nurses). Patients can decide to prevent making their data available as part of the self-determination process.

Thus far, some 3,000 people have managed the setting of their accounts, but the number of the users is much higher, Szabó says. There are 800-1,200 entries from Ügyfélkapu (Client Gateway) to the residential site: eeszt.gov.hu.

Lack of internet access is not a problem – EESZT allows people to manage their settings at Kormányablak, the so-called government window. (EESZT can be accessed and managed via Ügyfélkapu).

The introduction of EESZT meant that healthcare providers’ software had to be made compatible with the central system. This meant the development or update of more than 10,000 service providers by 80 different IT system providers.

Since the update was required by law, the companies had to update the systems free of charge to the extent of the conditions previously agreed upon between them and their healthcare institutes.

“So, if the service agreement contained such clauses, they did not charge for the update,” Szabó says.

This can also be a competitive edge for software providers as healthcare facilities are likely to commission those offering the best services, he adds. The system is already suitable for paperless treatment, according to the expert.

The platform will continue to be updated. Besides uploading data retroactively, the introduction of telemedicine services, the development of digital image forwarding between healthcare facilities and the creation of healthcare registers are among the plans.

Soon mobile applications can be developed which will allow users to access e-prescriptions, medical documents and also book appointments.

Beyond transparency, joining the system can lead to a more cost-efficient and effective care. By looking at the data, physicians can avoid doing the same examinations twice or prescribing the same medicine, thus saving money. They can also get a much better overview of their patients, which should help them make a more accurate diagnosis.