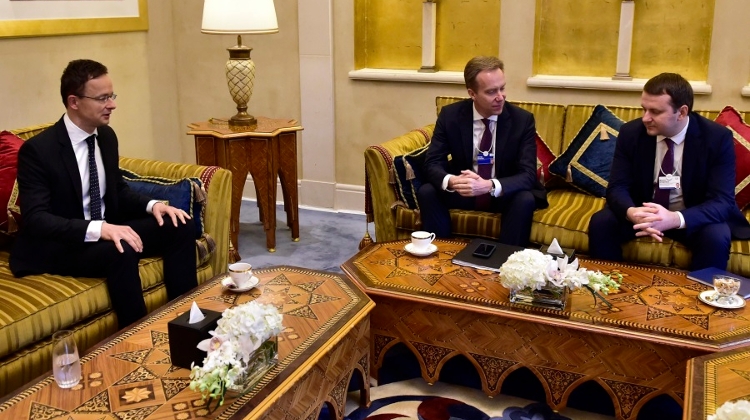 Restoring economic cooperation with Russia is “clearly in the economic interests of Europe” in light of the unfolding global trade war, Hungary’s foreign minister has said.

Péter Szijjártó was in Dubai to attend the annual session of the World Economic Forum’s Global Future Council.

Speaking to MTI by phone, Szijjártó pointed to earlier European plans to create a trading area “from Lisbon to Vladivostok” and suggested that those plans should be implemented.

“But we must see that we are very far from that concept,” he said. “Economic cooperation between Russia and Europe is headed in a very bad direction. There is significant Russian-European cooperation, but it is based on double standards,” Szijjártó insisted.

He argued that western European companies were making lucrative deals with Russian firms “behind the scenes”. Szijjártó said the “double standards” should be abandoned and that cooperation “in general” needed to be rebuilt.

Szijjártó added that coupling Europe’s advanced technologies with the raw materials of the east would greatly improve Europe’s competitiveness. But he warned that any such restoration effort should be “based on mutual respect for one another’s rights and for international law”.