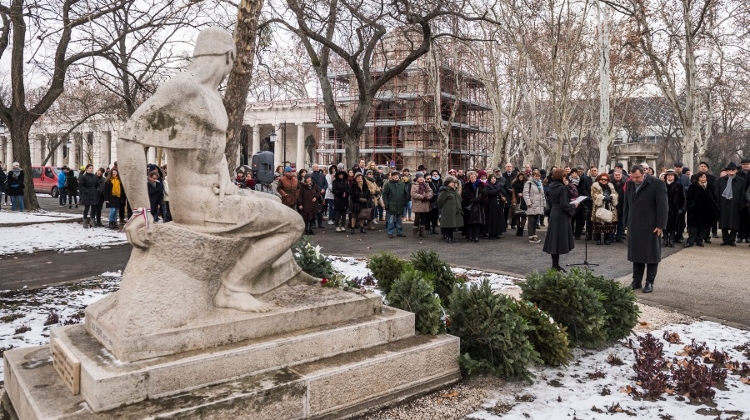 Lawmakers and the heads of Hungarian cultural institutes marked the centenary of Hungarian poet Endre Ady’s death at his tomb in Budapest’s Fiume Street Cemetery.

László L. Simon, the deputy head of parliament’s committee for cultural affairs, laid a wreath at the tomb and said that “the elementary force of Ady’s poetry is an example for later generations”. The year 2019 has been declared an Ady memorial year.

The Socialist party held a commemoration at the poet’s statue in Budapest. Party head Bertalan Tóth said that next to his poetry, Ady was also a notable journalist who tackled issues such as corruption or hate-mongering against Jews.

István Hiller, the Socialist deputy house speaker, said that Ady has pointed to the failings of “the Hungarian nation and state” and saw the future in a “European Hungary”.

Other commemorations of the poet, who died on January 27, 1919, included a literary walk guiding participants along the capital’s “Ady memorial sites”, the Hungarian Academy of Sciences’ memorial evening, exhibitions and TV broadcasts.