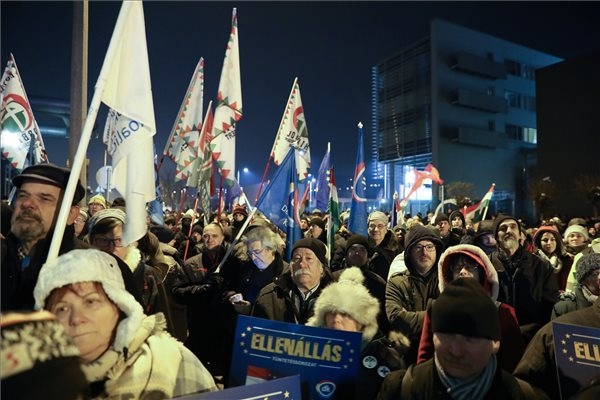 Several demonstrations against the labour law are planned in Budapest and other cities in the first week of the new year, ATV reports.

Further protests are scheduled in Szeged on January 3 and in Pécs, Szombathely and Gödöllő on January 4.

What is expected to be the first large-scale demonstration of the new year will be held on Heroes Square from 3 p.m. on January 5.

Sympathy rallies will be held in Cegléd, Debrecen, Hódmezővásárhely, Komló, Szolnok and Tapolca.