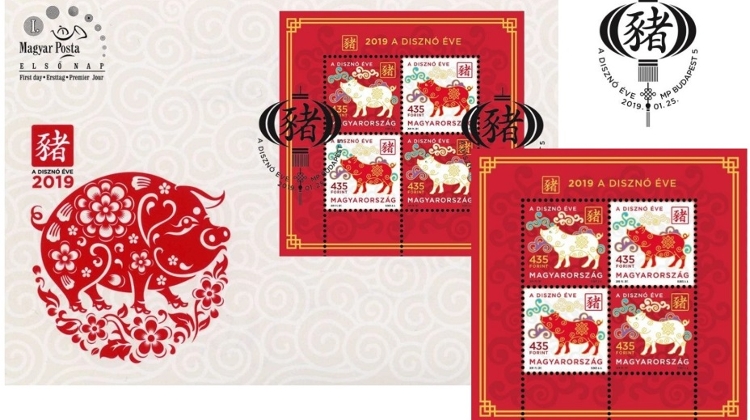 Magyar Posta is issuing a miniature sheet on the Year of the Pig in the Chinese horoscope, which covers the period from 5 February 2019 to 25 January 2020.

According to Chinese astrology, the Year of the Pig is the period of career and material abundance. People born under the pig are the most open and straightforward in the zodiac.

The main motif of the stamp design is the centrally positioned figure of the pig, which lends its name to the year.

The two designs of the four-stamp sheet only differ in their colour, thus one pair of stamps has a light coloured pig on a red background while on the other pair the animal is red and the background is light.

The series began with the miniature sheet Year of the Horse in 2014 and every year since then a new issue with the current animal sign has appeared.