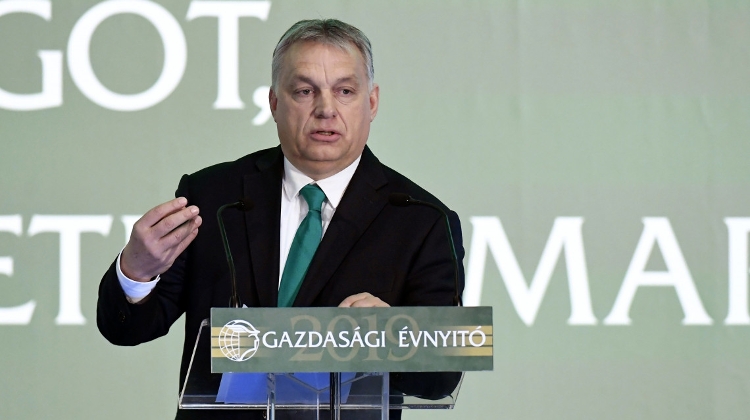 A work-based economy, a family support system, full employment and industrial reforms have been the pillars of the Hungarian economic model, Prime Minister Viktor Orbán said at a conference of the Hungarian Chamber of Commerce and Industry (MKIK).

Orbán warned, however, that unless Hungarian companies renewed their activities, boosted their efficiency and responded to the increase in wage costs, they may fail.

Since Hungary’s population is unlikely to grow significantly in the near future, the economy will have 5 million workers at its disposal, so no expansion will be possible due to new employees entering the job market. But labour reserves are still available in cross-border formations, he added.

He underlined the importance of keeping the budget deficit below 3% of GDP, reducing government debt and ultimately making the debt Hungarian.

“Indeed, it would be better in the end for Hungary to be a creditor rather than a debtor,” he said. Orbán identified farming and the food industry based on it, as well as sport and culture, as prime areas on which domestic businesses can grow.

Addressing the relationship between the National Bank of Hungary (NBH) and the government, Orbán said the independence of the central bank as laid down in the constitution did not exclude the possibility of working together.

A lack of cooperation would mean the separation of the real economy and the financial sector, he added.

Economic policy, he said, should be based on two kinds of vision simultaneously: one innovative and courageous, represented by central bank governor György Matolcsy, and the other rooted to the ground, as represented by Mihály Varga, the finance minister.