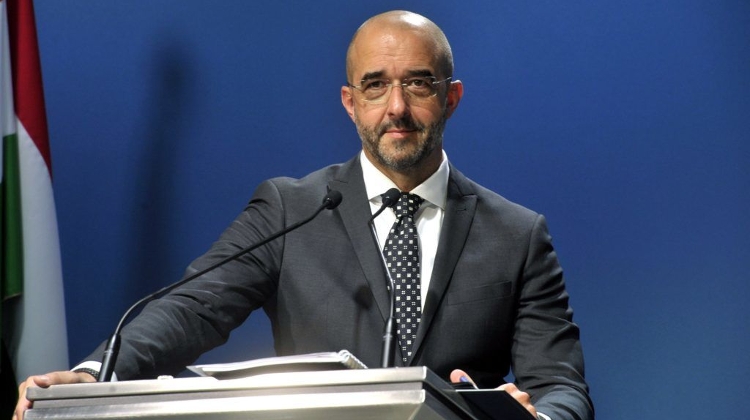 Sweden, like Hungary, sees migration as the most important issue in the European Union, Zoltan Kovacs, the state secretary for international communications and relations, said in Stockholm.

Kovacs met members of the Swedish parliament’s foreign and European affairs committees as well as journalists and gave a lecture at Stockholm University.

The state secretary said he had visited Stockholm because of the “heavy criticism” Swedish politicians and journalists had levelled at Hungary in recent months.

He said that whereas the Swedish government showed little interest in meeting him, he had an “excellent discussion” with the members of the two committees.

“Although we didn’t agree on everything, it’s obvious that Hungary, and specifically Fidesz, the ruling party – like the Swedish parties – has the right to its own opinion on key European issues,” Kovacs said.

He said Swedish lawmakers, journalists and university students he met had all agreed that “migration is the number one European issue today.”

Kovacs added, however, that many of the people he met, including a number of politicians, disagreed.

The state secretary said he had also spoken during his visit about Hungary’s approach to family policy, social institutions and European politics.