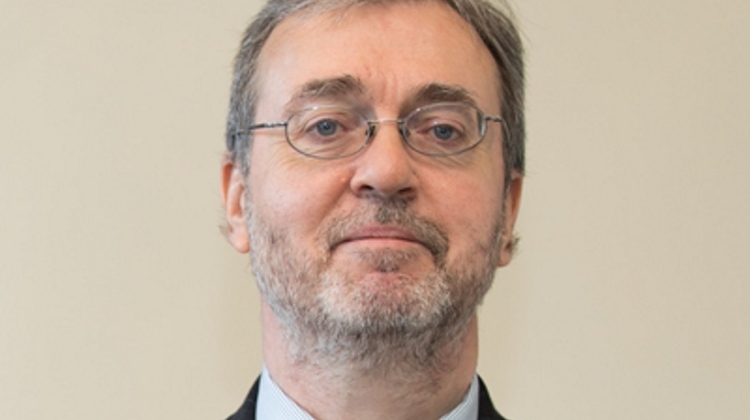 Ambassador of Ireland to Hungary Pat Kelly (pictured on top) says trade between the two countries has been growing strongly in recent years and now exceeds EUR 1.5 billion annually.

The new "Ireland-Hungary Business Directory" launched by the ambassador at his Buda residence on April 9, 2019 is designed to help improve the economic picture even further.

The directory was prepared by the embassy and its partner agencies, Enterprise Ireland and Bord Bia, which is the Irish Food Board, plus the Irish-Hungarian Business Circle.

Statistics show that in 2017, when the figure of EUR 1.5 billion was recorded for total goods and services, Ireland exported EUR 488.7 million of goods to Hungary, a growth of 9.5 per cent. Ireland imported EUR 195.8 million of goods from Hungary.

One thousand Irish were living in Hungary that year and 12,000 Hungarians in Ireland. There were 99,000 trips from Ireland to Hungary, with 15 flights a week.

The directory’s overview of the businesses and entrepreneurs who make up the Irish economic presence in Hungary lists 57 companies.

Ambassador Kelly describes Hungary, with its 4% growth in gross domestic product in 2017, as one of the most buoyant and dynamic economies in Central Europe, providing a gateway for Irish companies wishing to benefit from growing economic opportunities in Central, Eastern and South-Eastern Europe.

Apart from the strong bilateral growth in trade, particularly in the services sector, the ambassador points to increasingly important people-to-people connections, with many young Irish students in Hungary, the large and active Hungarian community in Ireland and the growing tourist traffic.

A new Budapest-Cork direct flight began in April 2019, adding to the 14 direct flights a week between Budapest and Dublin, the capital cities of the two European Union partners.

The directory’s market overview looks at the Hungarian economy, business environment and tax regime. It explains how the Hungarian Investment Promotion Agency can assist with setting up a business. Enterprise Ireland has regional offices in Hungary and the Czech Republic for further assistance.