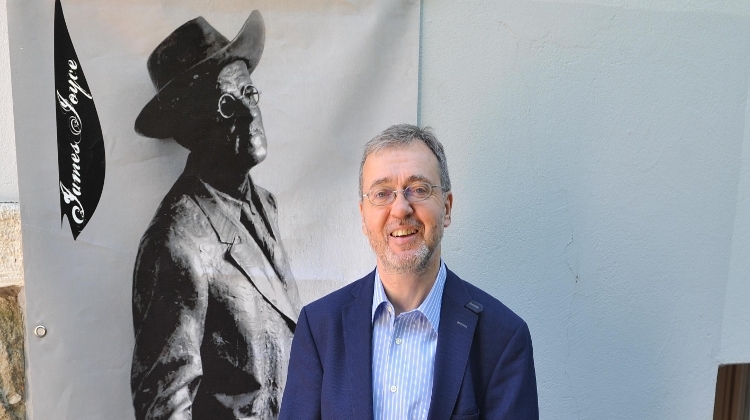 “Prior to his appointment as Ambassador, Pat served for over six years as Middle East Director in the Foreign Ministry in Dublin. He has also served as UN Director and Africa Director at HQ. His two previous diplomatic postings have both been in the US, at the Permanent Mission of Ireland to the United Nations in New York and the Embassy of Ireland in Washington DC.

1. When did you arrive in Hungary and what brought you here?
My family and I arrived in August 2015 to begin my assignment here as Irish Ambassador.

2. Have you ever been an expatriate elsewhere?
Occupational hazard, I’m afraid! Before Hungary, I served as Ambassador to Slovenia. I have also done two diplomatic postings in the US, at the UN in New York and in Washington.

3. What surprised you most about Hungary?
I was really knocked out by the sheer beauty and energy of Budapest, it reminded me quite a bit of when I first arrived as a rookie diplomat in Manhattan many years ago.

4. Friends are in Budapest for a weekend - what must they absolutely see and do?
We would always push them to visit one of the wonderful and unique bath complexes, particularly those on the Buda side! Followed by a good walk up János-hegy to get the best views of the city.

5. What is your favourite Hungarian food?
Kürtőskalács on a cold winter’s day is a real family favourite!

6. What is never missing from your refrigerator?
Irish butter and cheese which thankfully are readily available in Budapest!

7. What is your favourite Hungarian word?
Egészségedre (now that I am finally almost able to pronounce it!)

8. What do you miss the most from home?
Family and friends are inevitably what you miss most. Along with the long summer evenings which we are used to in Ireland (often bright up to 10.30 p.m. in mid-Summer).

9. What career other than yours would you love to pursue?
I’ve always thought that being a top sports journalist would be a dream job. Imagine being paid to watch the World Cup Final!

10. What's a job you would definitely never want?
Dentist (even though some good friends are dentists!)

11. Where did you spend your last vacation?
A wonderful week in the Algarve (Portugal) over the Easter holidays.

12. Where do you hope to spend your next one?
We are all looking forward to a family vacation in County Mayo, in the West of Ireland, in August.

13. What was your favourite band, film, or hobby as a teen?
I was really into music as a teenager and dabbled a bit as a DJ but not very successfully!

14. Apart of temptation what can't you resist?
Always hard to pass up watching a big rugby match on TV or (increasingly) the iPad, particularly if it involves Ireland!

16. Book or movie?
Tough choice, as I love both. But probably book, if push comes to shove.

18. Which social issue do you feel most strongly about?
Promoting educational opportunities for all, since education is key to so many of the world’s problems at present.

19. Buda side or Pest side?
Definitely Buda (sorry Pest!)

20. What would you say is your personal motto?
I’ve always liked Beckett’s line (or lines) – “Ever tried. Ever failed. No matter. Try again. Fail again. Fail better.”