Lime E-Scooters Are Coming To Budapest 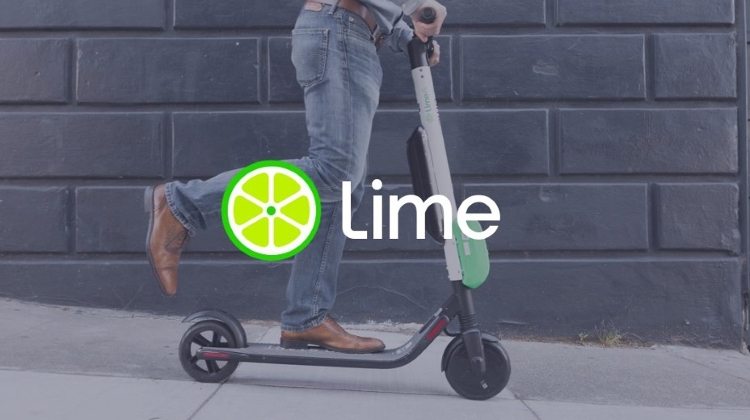 The Californian start-up Lime will introduce its electric scooters to Budapest, as reported by forbes.hu.

Lime’s mission is to provide quick, simple and sustainable alternatives to getting around the city. Their electric scooters alleviate congestion pressures, reduce air pollution, and ease parking difficulties in the cities they operate in.

“We will soon join Budapest’s excellent ‘Cities for the People’ initiative. As a part of it – on trial for the time being – we will launch our electric scooter service to make the lives of the city’s residents easier” said Castro Martinez.

At the moment the company is negotiating with city authorities to make sure Lime is compliant with local regulations. Castro Martinez also said at the conference: “I hope that this time next year we will see many people using e-scooters to get around Budapest and I wish for our service to be an integral part of this dynamic city.”

Lime’s e-scooters are present in over 100 cities and they are equipped with GPS and an automatic locking system.

Users can download the Lime app from both the Apple Store and Google Play, which can be used to find the closest vacant e-scooter and then unlock them. The biggest advantage of the service is that it does not rely on a docking station, meaning users can pick-up and drop-off the e-scooters wherever they want.

The Lime e-scooters are capable of speeds of up to 25km/h and work with rechargeable batteries.

Lime has a local team to maintain their product – they collect the e-scooters at night and recharge them to be ready for use in the morning.

Since its launch in 2017, Lime has been an integral part of European cities from Warsaw to Vienna and from Zürich to Berlin.  So far across 5 continents – including 20 countries in Europe – 26 million Lime trips have been made.

The start-ups headquarters is in California and this February it received a $310 million investment. In total it has received $756 million in investments, including from venture capitalist Andreessen Horowitz.