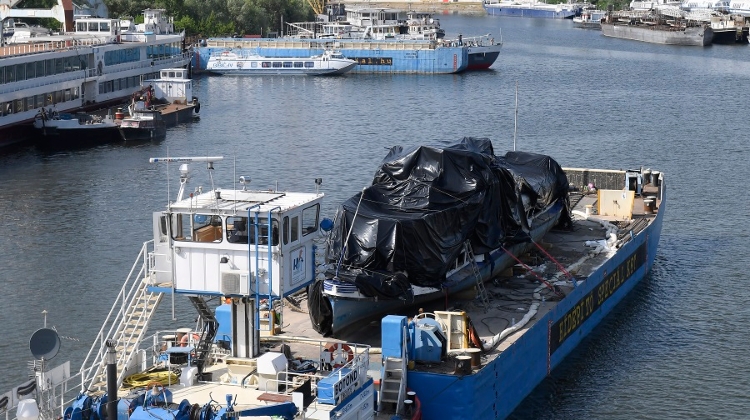 A body found in the River Danube near the village of Bölcske, some 100km downstream from Budapest, has been identified as that of a victim of the sightseeing boat Hableány, police said on Thursday.

A search is under way along the entire river section downstream from the city to recover the bodies of the three South Korean passengers still missing. The Hableány was lifted from the Danube on Tuesday afternoon.

During the salvage operation, the bodies of four victims were found. The wreck was taken to the Csepel port in the south of the city to undergo further examination.

The Ukrainian captain of the cruise ship which collided with a sightseeing boat in central Budapest on May 29 has been released from custody after posting a bail of 15 million forints (EUR 46,000), the Budapest Municipal Court said. Under the court’s binding ruling, the 64-year-old captain of the Viking Sigyn cruise ship will now be kept under criminal supervision for a maximum period of four months.

The captain has been ordered to wear a tracking device and must appear in person before the authorities investigating the collision twice a week, the court noted in a statement. The captain was taken into custody on June 1 on suspicion of criminal misconduct.

President János Áder has thanked people who took part in rescuing the victims of the Danube collision. Áder said neither Hungary nor South Korea would forget the sight of the battered boat slowly being raised from the water.

He wrote that “an extraordinary drama” had taken place on the Danube in Budapest and that every moment had been about the value of life and reverence shown for it. “Thanks are due to everyone who saved lives from the first moment of the tragic boat accident,” he said.