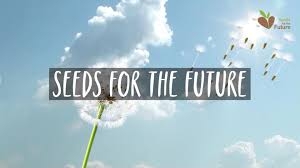 Chinese telecommunications company Huawei is hosting a group of Hungarian university students at its headquarters in China for a scholarship programme that will involve, among other things, the exploration of 5G networks.

A total of ten Hungarian students from the Széchenyi István University in Győr, the Pannon University in Veszprém, the Budapest University of Technology and Economics and the Óbuda University will get a taste of Huawei’s latest technologies as part of the company’s Seeds for the Future programme.

The two-week long programme begins in Beijing where the students will get to immerse themselves in Chinese culture.

On the second week, they will get to explore Huawei’s Shenzhen headquarters where they will be given a closer look at the company’s latest developments regarding 5G connectivity, the Internet of Things and artificial intelligence.

Olivér Joubert, the deputy head of mission at the Hungarian embassy in Beijing, said Huawei is the second largest Chinese investor in Hungary, noting that it has been a strategic partner of the Hungarian government since 2013.

Huawei operates its biggest supply centre outside of China in Hungary, where it employs some 1,500 people.