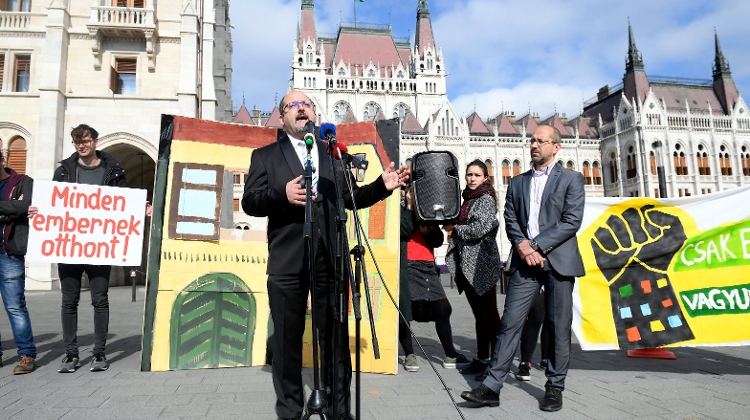 Civil group A Város Mindenkié (The capital belongs to everybody) staged a demonstration on Friday, 7 June protesting Hungary’s ban on homelessness, which the Constitutional Court has recently upheld.

The demonstration, in front of the Constitutional Court’s headquarters in central Budapest, was attended by mayoral candidates of the opposition parties.

Gergely Karácsony, candidate of the Socialist-Párbeszéd alliance, said that the Constitutional Court has “gone over to the dark side” and insisted that Hungarians “no longer have the rights to security and accommodation”.

Olga Kálmán, an independent candidate supported by the leftist Democratic Coalition, said that protecting human life was “a fundamental obligation” and condemned the legislation. Momentum’s Gábor Kerpel-Fronius called for a capital which ensures accommodation opportunities to all its residents.

Organisers of the demonstration said the protest was staged to raise public awareness that “homelessness is caused by a lack of affordable housing, which could be remedied through stopping evictions and putting an appropriate housing policy in place rather than harassing homeless people”.