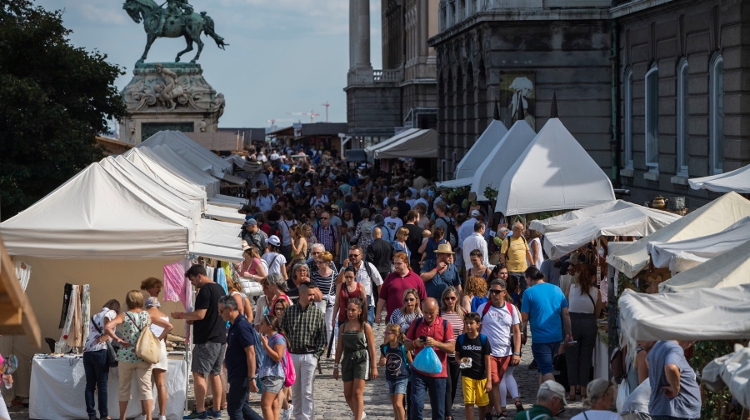 Some 65,000 people participated in programmes of this year’s Arts and Crafts Fair traditionally held in Budapest’s Castle District around the August 20 national holiday, organisers told MTI.

Japan was guest of honour at the 33rd fair, represented by 20 craftsmen presenting kimonos, lacquerware or stone seals, as well as offering such programmes as tea ceremonies or samurai fights.

Shoemaking was this year’s central theme with special focus on southern Hungary’s famous “Szeged slippers” but also presenting traditional footwear from other countries including Turkey and Spain.

Some 800 craftsmen from the Carpathian Basin set up model workshops at the fair showing their skills to visitors. The programmes were accompanied by folk music.