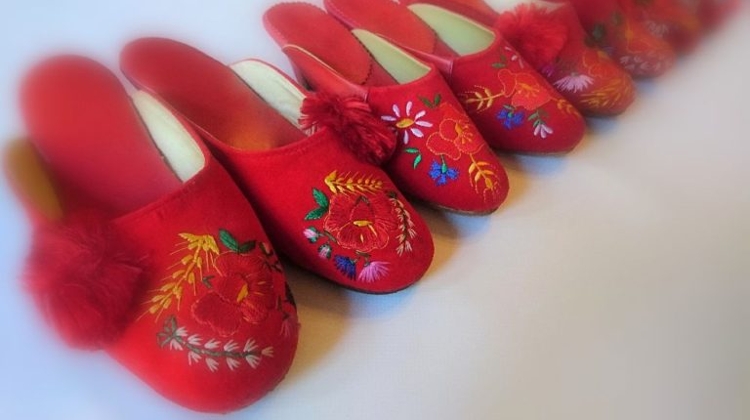 Hungary’s greatest folk art event, the Festival of Folk Arts, will take place in the Buda Castle District of Budapest for the 33rd time this year from August 17th through August 20th.

The festival recreates the atmosphere of old Hungarian fairs, and is a beloved, widely anticipated event by families. This year’s featured guest country is Japan, and the overall theme of the Festival is the art of footwear.

As the Buda Castle is transformed into a celebration of artisans from the Carpathian Basin, it will welcome visitors with nearly a thousand individual craftsmen, several hundred performers, all-day-long stage programs, traditional folk trade demonstrations, folk gastronomy tastings and authentic folk playhouses for the younger ones.

Visitors can meet more than 800 Hungarian and 150 foreign folk art masters and learn about their traditional folk trades in 100 workshops. Visitors looking for a meaningful recreation will find themselves removed from the modern world, and transported into a festive medieval fair. As always, visitors can not only view works by famous folk art masters, but can create their own folk art or buy some at the fair.

The featured topic of the 33rd Festival of Folk Arts will be the crafting of traditional footwear, with special attention given to the slippers made in Szeged, in the South of Hungary, which have been the subject of renewed cultural interest in recent years.

Visitors will be greeted with exhibitions and fashion shows, and those who are interested can learn some secrets of making the Szeged slippers, and see how these traditional designs have been reinvented by Hungarian contemporary folk artists.

A shoemaker who has earned the ‘best shoemaker of the world’ title will be among the folk art masters whose family has been handing down the secrets and trades of shoe making from generation to generation.

The shoes are made by traditional methods, ensuring they fit their wearer perfectly. Though the shoes are usually made of calfskin, some one-of-a-kind shoes have been made from crocodile skin, salmon, shark, ray, ostrich or even eel skin.

The festival will host shoemakers from as far away as Morocco and Iceland, and a renowned Turkish shoemaker master who will display some of the shoes they created for the Harry Potter movies.

This year’s guest of honor at the Festival of Folk Arts will be Japan to celebrate 150 years of diplomatic relationship between Hungary and Japan.

Participants can experience how to write with traditional Japanese brushes, practice making origami, and get an introduction to the art of flower arrangements. Furthermore, visitors can taste traditional Japanese dishes and drinks, and learn about the most iconic Japanese musical instrument, the Taiko drum.

By having special foreign artisans year after year, the Festival of Folk Arts reaches far beyond the border of Hungary, creating a unique and enriching experience for its visitors.

For the first time, the Festival will host a folk pub with folk song karaoke, along with folk tale tellers and folk song teachers. Medieval criers and stilt walkers will further evoke the atmosphere of medival fairs.

The Matyo folk design, the masked end-of-winter carnival (busók of Mohács) along with the blue dye textile painting technique are part of the UNESCO’s Intangible Cultural Heritage and will all be present at the Festival.

During the four days of the festival, Hungary’s greatest musicians, singers, folk dancers and story tellers will perform ont he stage; among the performers will be Félix Lajkó, Szalonna and his music band, the Kerekes musical band, Mihály Dresch with Chris Potter, and the Fitos Dezső group.

August 17th will see the introduction of ’On the Road with the Czifra Center’ project, Ferenc Snétberger, Dizájn Romani and several other remarkable loval artists.